Priests With Wives Yes, But As Brother and Sister

Edit: people who want to return to the Ancient Church don't realize what they're asking for.  It was more severe and daunting than most of them know. Here is Magister:

This was the discipline in effect during the first centuries of the Church. From Mexico a missionary is re-proposing it for today as well. He has written about it in a book that he sent to the pope, together with a letter 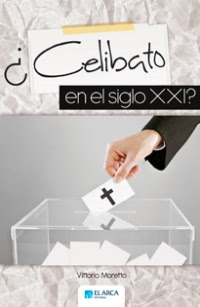 ROME, March 1, 2016 – Those who were expecting from Pope Francis, during his journey to Mexico, signals of “openness” to the ordination of married priests have been disappointed.

Curiously, these expectations were the strongest among bishops, priests, and faithful of German nationality and of the German tongue, as well as in one Austrian bishop stationed in the Amazon:

But not in Mexico. Not only are those in favor of a married clergy in the minority there: a modest 31 percent according to the latest survey by the Pew Research Center.

But even in the diocese of San Cristóbal de Las Casas, in Chiapas, viewed by many as the ideal terrain for the start of the experiment, with its almost 400 married deacons, Bishop Felipe Arizmendi Esquivel pledges that for a number of years “the married deacons have no longer made it known to me that they aspire to a married priesthood”: