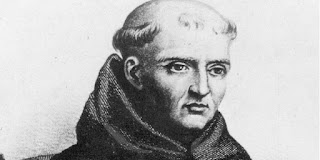 Edit: what a maverick! He is going starkly against the wishes of his usual clients and revolutionary dependents.

The Mission Church of San Buenaventura in Ventura was founded in 1782 by St.  Junipero Serra.  It is the first basilica in the Archdiocese of Los Angeles.

Ventura (kath.net/jg) Pope Francis has elevated a California mission church built by St.  Junipero Serra to the rank of minor basilica.  The Archdiocese of Los Angeles has announced that the San Buenaventura Mission in Ventura, California is now a basilica, reports the Catholic Herald.

Jose Gomez, the Archbishop of Los Angeles, confirmed the decision on July 15, the eve of the feast day of St.  Bonaventura, announced and then celebrated a Mass, with Auxiliary Bishop Robert Barron and Thomas Elewaut, Pastor of San Buenaventura Mission, concelebrating.

The church is the eighty-eighth basilica in the United States and the first in the Archdiocese of Los Angeles.  A church is elevated to a basilica if it has a special pastoral or liturgical meaning.  In 2014 Pastor Elewaut asked the congregation for the elevation of his church to the basilica.  In a brief statement, he thanked Pope Francis and Archbishop Gomez, who had always supported the request.

The San Buenaventura Mission was founded on Easter Sunday 1782 by St.  Junipero Serra.  It was the ninth and last mission station that the Franciscan Father established.  Serra campaigned for the indigenous people and their rights, which repeatedly brought him into conflict with the Spanish colonial authorities.  In 2015 he was canonized by Pope Francis.  The mission stations he founded later became the largest cities in California, including San Diego, San Francisco and Los Angeles.

Despite his commitment, statues of the saint have been damaged or destroyed in protests in recent weeks.  Some churches and the Catholic University of San Diego then removed publicly accessible statues of Junipero Serra to protect them from damage.  The church of the San Gabriel Mission, which was recently partially destroyed by fire, was founded in 1771 by Junipero Serra.

AMDG
Posted by Tancred at 11:20 AM No comments: