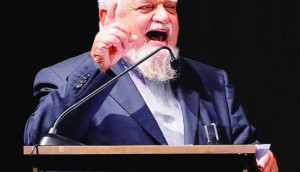 (Rome) Enzo Bianchi, the "false prophet" (Msgr Antonio Livi), appointed by Pope Francis as Consultor of the Pontifical Council for Promoting Christian Unity never misses an opportunity under media attention to make "dissenting statements" from Catholic teaching.  The Archdiocese of Trent invited him as a speaker to the meeting of the diocesan pastoral council. Bianchi exorted  the Church, "to be silent" on aberrosexuality.  The Archbishop of Trento obeyed promptly and implored his diocese not to participate in the dispute over gender ideology. Since Pope Francis appointed him Pontifical Consultant, the layman Bianchi unfolded frenetic activities whose hallmark is criticism of the Church and the call for a "change of course". The closer to the Synod of Bishops, the shorter the distance between one of Bianchi's unorthodox remarks and the next.

Last September 9, Bianchi accused the Catholic Church of having "unrealistic" expectations of  women. "The model of Maria, Virgin and Mother, can not be the reference point for the advancement of women in the church. The fashionable, subliminally alleged idea that Mary was more important than St. Peter, is a stupid idea, just as if the wheels of a car would be more important than the steering wheel."
In mid-August Bianchi claimed family was an invention of society and could therefore also be modified anytime.   Bianchi said: "The family is a form that is given by society. The natural family does not exist ".

"Christ said nothing about homosexuality, therefore the Church should silent" 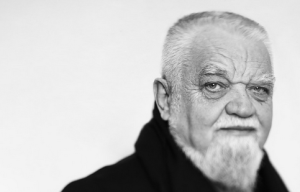 Enzo Bianchi
Last Sunday, 20 September, Enzo Bianchi explained to  the Pastoral Council of the Archdiocese of Trent, Christ did not say anything about homosexuality, therefore the Church should remain silent. "And the Archbishop of Trent obeyed," said the Catholic monthly magazine Il Timone in its online edition.
"When two people of the same sex love each other and are willing to help each other and support each other, it is true that the state provides a legal regulation of their relationship," said the "Prior" of  the "monastic community" from Bose.
According to L'Adige, Bianchi dedicated his "Lectio magistralis" says the newspaper, "completely to the Christian values ​​of charity". The "Prior" is to have made use of  questions from the audience to address "large current issues," including "family and divorce, homosexuality and connections of same-sex couples."

Thus Bianchi demanded that the Church should apologize for its previous attitude towards marriage, family and homosexuality. "We need to ask the family for forgiveness, because of the alleged superiority, which was shown by the Church leaders in the past: the life of couples is very difficult and we must be able to recognize the great merit of those who opt for founding a family. But in a reality in which everything is precarious, from work to relationships, we can not expect that it is not love or family. That's why  we must in no way allow judgement and do not exclude a fortiori."
The same applies to Enzo Bianchi on homosexuality. The Church should neither judge nor condemn. "If Christ spoke of the indissoluble union of marriage in the Gospel, he says nothing about homosexuality. Honesty compels us therefore admit the mystery and to leave the question unanswered. On this point, I would like the Church  that prefers to remain silent because it can not say anything."
According to Bianchi, the Church could no longer proclaim its teaching on homosexuality, since he has removed its right to speak, because it's said more than enough on the subject. So  the "Prior" declared before the pastoral council, his very clear ideas in favor of "gay marriage", which the state should legalize, all the better today than tomorrow.  Bianchi justified his call for a civil "gay marriage" with "of mercy, as the Gospel calls for it, not as we want it."

In Catholic circles such as Il Timone, expressed their astonishment that Enzo Bianchi was ever invited to Trento and even became  a driving force for the diocesan pastoral council. The words of the archbishop present, Msgr. Luigi Bressan, made the  convergence of ideas ​​visible.
A native of Veneto,  the archbishop, who was actually working as a Vatican diplomat internationally, was appointed in 1999 by John Paul II. as Archbishop of Trento, whose appointment was made to avoid internal conflicts.
After Bianchi's remarks, the archbishop urged that  "the Catholic community of Trentino," itself should not participate in the conflict over the gender ideology. "For six years, the Province of Trento runs a campaign in schools for equality between men and women. This has nothing to do with the so-called gender theory. Let us beware of becoming involved in disputes between parties. "
Text: Giuseppe Nardi
Image: Il Timone / Adige (Screenshot)
Trans Tancred vekron99@hotmail.com
Link to Katholisches...
AMDG
Posted by Tancred at 8:10 PM 26 comments: