Msgr. Umberto Begnigni and the Anti-Modernist Battle of the Sodalitium Pianum 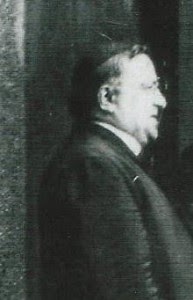 (Rome) 80 years ago,  in  grand isolation, Monsignor Umberto Benigni (1862-1934) died.  He was one of the spokesmen of  Catholic anti-Modernism under Pope Saint Pius X (1903-1914) in Rome.  To recall  the Church in this form is apparently increasingly important to remember in times like ours, which is characterized, no doubt, with a new explosion of those tendencies and fallacies that  Umberto Benigni fought a hundred years ago.
In the hope that there will soon be a biography as detailed  as possible which  throws light on these Roman prelates, a few biographical notes should be made in the meantime be made about this rare type of the Catholic clergy. A priest who has been both criticized by the non-Catholic historians, as well as by Catholic historians, in fact, he is but little known.
On the occasion of the beatification (1951) and then the canonization (1954) of Pope Pius X by  Pope Pius XII. there was a particular concern, criticism of the former Patriarch of Venice was noisy, especially  in his fight against Modernism. The Sacred Congregation of Rites, from  which emerged the 1969  Congregation for the Causes of Saints,, the Franciscan Ferdinando Antonelli (1896-1993), who was later to become  Cardinal,  would reveal  the actions of Pius X. as repressive and especially those generated by  Msgr. Umberto Benigni and his Sodalitium Pianum.  The Sodalitium was a Catholic association for the support of the Holy See in the fight against Modernism in theology, politics and society.  Father Antonelli''s study, as Disquisitio  became known, was in the volumes of the positions published for the canonization of Pius X.. This is where  the essential elements of the life and work of Monsignor Benigni can be found.

Umberto Benigni was born on 30 Born March 1862 in Perugia, central Italy near Assisi. At that time, Bishop Gioacchino Pecci, was bishop of the city, in 1878 he was elected Pope as Leo XIII. The future pope had always had such a great appreciation for the priest from his former episcopal city, that he made ​​him his secretary after his ordination in (1884)  at the age of only 22 years. Don Benigni's  a truly diverse and extraordinary personality as was already evident in his youth. He developed numerous activities  in his hometown.  In 1892 he founded the first Catholic weekly newspaper of Sociology. This " Rassegna sociale "(Social Survey), later it was renamed the Biblioteca perodica, geared to the Magisterium of the Popes from the syllabus up to Rerum Novarum . In 1893 he was on the editorial board of the Catholic newspaper " Eco d'Italia "(Echo of Italy) in Genoa.

After that he went to Rome at the request of Leo XIII. After a period of studies and research in Germany (the polyglot Benigni followed the press from half of Europe), he graduated to  the Vatican Library graduated, he was in 1901 in the  editor of the " Voce della Verità "(Voice of Truth ) in the capital of Catholicism, one of the main newspapers, which was decried among opponents as "papist" and "reactionary."
From 1902 to 1907 he published a historical, academic journal called "Miscellanea di Storia ecclesiastica" (Human Interest from Church History). From 1906 he was appointed Under-Secretary of the Secretary, and elevated Cardinal in 1907 on the recommendation of Curial Archbishop Pietro Gasparri, the Secretary of Extraordinary Ecclesiastical Affairs. From 1914 to 1930 he was Cardinal Secretary of State and the predecessor in this office by Eugenio Cardinal Pacelli, later Pope Pius XII. 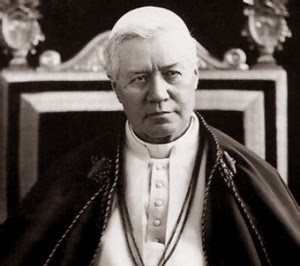 1907, in the year of the decree Lamentabili , the first time the term modernism came into use, as well as was the case in the encyclical Pascendi dominici gregis, Msgr Benigni called a press agency to life under the name Romana Corrispondenza.  According to Father Antonelli it encompassed   the new Catholic news agency "in the world by various correspondents and friends  of Benigni,  messages were collected to observe up close the ideological, political and social movements that might interest the Church and Its activities."  Today, the news agency is mistaken for a secret society, which the Sodalitium never was.  The Corrispondenza Romana acted in public. It saw itself primarily as a counterpart to the Roman Jesuit journal Civiltà Cattolica , whose modernist sympathies were fought.

In addition to his tireless efforts as a journalist, Msgr Benigni also had other passions, which were invariably in the service of truth and the Church. These included his teaching and historical-theological research. In addition to his ceaseless struggle against the enemies of the Church, even those who claimed to be false friends, Msgr Benigni unfolded a long study in Church History at various Roman universities, thus at the Urban in Saint Apollinare , at the Pontifical Roman Seminary and the Accademia dei Nobili Ecclesiastici (the Diplomatic Academy of the Holy See).

His past publications are of great value. For example, his outstanding Storia sociale della Chiesa (Social History of the Church) in seven large volumes (the first appeared in 1907, the last in 1933 a year before his death). It is a systematic work in the style of two other Church historians, the History of the Popes by Ludwig von Pastor (1854-1928) and the Manual of Universal Church History by Joseph Cardinal Hergenrother (1824-1890), the successor of Blessed John Henry Cardinal Newman, Office of the Cardinal Proto Deacon. Monsignor Benigni's work remained unfinished upon his death. However, the present seven volumes show an excellent informed scientist with the ability to offer an original and stimulating overall view. The modern reader may occasionally be astonished at his language, perhaps even find it strange, sometimes to violent polemics as well for biting humor. A language that is due to the cultural struggle in which he was active during his life on the front line.

Sodalitium Pianum, Observation of Modernists and Their Writings

The activity, however,  brought him as many enemies outside, but also within the Church, connected with the Sodalitium Pianum. The Sodalitium Pianum , named after Saint Pope Pius V, was born in 1909 and was finally dissolved in 1921 under Pope Benedict XV. It was founded "to be a foremost religious  defense against internal enemies (modernism, etc.)" ... "with the full consent, not to say of Pius X himself" in the archives of the Vatican, there are numerous documents for the approval and goodwill of the Sodalitium Pianum by St. Pius X and Cardinal De Lai Gaetano (1853-1928) who led the Holy Consistorial (now the Congregation for Bishops ). Pius X gave to Msgr Benigni every year from his personal box 1,000 lire for his actions and his  public engagement.
The Sodalitium Pianum was initially based at the Secretariat of State, where Msgr Benigni served as Under Secretary. A canonical recognition did not happen by the action of the then Cardinal Secretary of State for reasons of expediency, however, this is why Monsignor Benigni   left off from the Secretariat of State and established in 1911 and gave up his post as Under Secretary. His successor in that office was the future Pope Pius XII., Eugenio Pacelli. Pope Pius X created for Benigni  especially on this occasion the title and rank of eighth  acting Apostolic protonotary , although traditionally it was only seven. He was indeed blocked for a bishop, but Msgr Benigni won with apparent papal benevolence. Pope Francis abolished the title of Apostolic Protonotary  in January 2014.
The Sodalitium would enter according to the original request of Msgr Benigni, a kind secular institute in the service of the Pope and the Holy See to enter into  the fight against the disastrous influence of Modernism and of Freemasonry on society and culture. Above all, it was the endeavor of Msgr Benigni, to repel the influence of these sects within the Catholic Church.  The Sodalitium consisted of a Council in Rome, headed by Monsignor Benigni and groups connected him   ( Peter Conferences ) and priests. In its little more than ten years of existence, the  Sodalitium counted never more than one hundred people, including priests and lay people in the various countries of Europe.

Benigni, Object of Hatred for Modernists Within and Outside the Church

Nevertheless, this tiny association was the most implacable  enemy of the Modernists, such as the French priest and theologian Alfred Loisy (1857-1940), who was excommunicated in 1908 because of his refusal to submit to the Church's teaching,  and died as a pantheist. Or the Italian priest and theologian Romolo Murri (1870-1944), who entered as a hitherto Catholic Leftists, was  for reconciling Catholic Faith and Communism. Because of his refusal to submit to the Church's teaching, he was suspended in 1907 and in 1909 excommunicated when he got himself elected to the Italian Parliament and joined the radical Left. After the First World War, he became a fascist, but was an anti-Fascist when the fascist regime regulated the relationship between the Church and State with the Lateran Treaty in 1929.
More resistance than from the open Modernists was what   Monsignor Benigni learned that within the Church were the semi-modernists, who had even risen inside to the level of  Cardinal. With the support of St. Pius X and the Cardinals De Lai, the Cardinal Secretary of State and then Prefect of the Holy Office Raphael Merry del Val, the Dutch Redemptorist Wilhelmus Marinus van Rossum and others, however, he was able to hold a few years. To be exact, until the death of Pius X in 1914,  the newly elected Pope Benedict XV. dissolved the association on the outbreak of the First World War. However, the following year saw the need for its restoration. 1921 was the final dissolution because of "changed circumstances".

Attempt to Prevent the Canonization of Pius X.

Pope Pius XII had never known  Msgr Benigni personally, was influenced by the polyphonic choir, who wanted to prevent the canonization of Pius X, in particular by Msgr Benigni was drawn as the dark shadows spread over his pontificate in the blackest colors, but not led astray.  There were all the numerous crypto-Modernists that could or would not come into the open until several years later, who were against the canonization, but there even high prelates who considered this step an "inopportune moment."  As the reigning Pope would not tolerate direct attacks against Pius X, his opponents fired upon  Monsignor Benigni, which was outlined as the worst obscurantist and anti-Semite, to thwart the elevation to the altars. It seems inconceivable that a canonization of Pope Giuseppe Sarto had taken place  in the period 1958 to 1978. [He was beatified in 1951 and canonized in 1954.]

"The Roman Catholic is Entirely Counter-Revolutionary"

The attitude and objectives of the Sodalitium Pianum is in his program summarized from 1911 contains 18 articles. In Article One it states:

"We are integral Roman Catholics. As the word readily implies, accept the Roman Catholic integral teaching and the order of the Holy Roman Catholic Church and the directives of the Holy See and all resulting legal consequences fully for the individual and society. He is papal, clerical, anti-modernist, anti-Liberal, anti-sectarian. It is therefore entirely counter-revolutionary because he is not only an enemy of the Jacobin Revolution and sectarian radicalism, but also the religious and social Liberalism. "