Christian in Iran Pardoned -- Departure in Next Few Days Possible 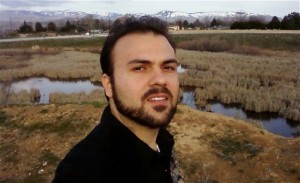 (Tehran)  The American Iranian convert to Christianity, has according to his wife residing in the USA as who has risked the death penalty, has been pardoned by Tehran.  As the Iranian Press Agency reports, the Protestant Pastor Said Abedini has stood before the court this last week on Monday.  His attorney says that his client will be free on bail "in the next days" and may "leave Iran".

Abedini was charged in 2006 in Iran for forming an illegal house church.  The complaint charged "endangering the national security", as his attorney Nasser Sarbazi explained.  His bail client had yet never been charged with spying.

Abedini has been since the end of September, under arrest at his parents' house.  His case has been observed by the US State Department with "great concern".  His wife revealed a few weeks ago in the USA, that her husband was under threat of the death penalty.

Abedini was imprisoned for the first time in May of 2009.  Then he was obliged, to engage in any more religious activities in Iran, then released.  The native Iranian, who has American citizenship, then returned to the USA.  Until his second imprisonment, he has visited Iran nine times.

In September the Protestant Iranian Pastor Youcef Nadarhani was released, who had been condemned because of his conversion from Islam to Christianity.

The constitution of the Islamic Republic of Iran recognizes the 'monotheistic religions", among them Christianity and Judaism and the "defense of religious freedom". At the same time the majority Shi'ite
Iran doesn't tolerate any conversion of Muslims.  In contrast to other states, there are no anti-conversion laws in Iran.  Yet there can be tensions, as the aforementioned cases show.  The last hanging of an Iranian because of apostasy from Islam and conversion to Christianity happened, according to official sources, in 1990 in Maschad, when the Protestant Pastor Hossein Soodmand was hanged.

The relationship in Iran for Christians which is considered difficult, are in comparison to other states of Sunni imprint,  however, are comparatively better.  Both cases of Protestant Pastors were overshadowed by the tense relationship between the USA and Iran.