MEXICO CITY (CNS) -- Two priests were gunned down as they returned from Candlemas celebrations in a corner of Mexico rife with drug cartel violence and increasingly lethal for prelates.Fathers Ivan Anorve Jaimes and Germain Muniz Garcia were killed early Feb. 5 as they drove between the cities of Taxco and Iguala in Guerrero state, some 100 miles south of Mexico City. Guerrero state officials say an armed group blocked the priests' van and opened fire. The priests were traveling with four other passengers, all of whom were injured.

Cardinal Schönborn Protests Against Murder of Copts in Egypt 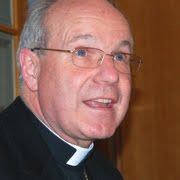 Austria   this afternoon the Viennese Cardinal Christoph Count von Schönborn, together with the Coptic Bishop Gabriel, demonstrated for the persecuted Christians in Egypt. The participants gathered in front of Vienna's National Opera House and processed to Vienna's famous Gothic Cathedral, der Stepensdom. An ecumenical recollection took place there for the 27 Copts who were shot or run over by armored vehicles on the 9th of October during a peaceful demonstration in Cairo. For the lives of the unborn, the Cardinal has still yet to take to the streets.

Crucifix banned at hospital where Muslims allowed to wear

[Daily Caller] A Christian nurse was ‘forced to choose between her job and her faith’ after being ordered to remove her crucifix at a hospital where Muslim staff wore headscarves unchallenged, a tribunal heard yesterday.

Shirley Chaplin, 54, said she had been wearing the religious symbol around her neck without complaint for 31 years before she was ordered to hide it away.

But the grandmother claims that after refusing to comply and then pointing out that two women doctors were allowed to wear headscarves, she was moved to a desk job.

Posted by Tancred at 8:29 AM No comments:

Iraq: Hope and Fear Among Christians

First Communion in Baghdad -- Attacks on Church in Kirkuk

München-Baghdad (kath.net/KIN) Despite the dangerous security situation in Baghdad, the same as it was before, over 40 children have celebrated their First Holy Communion in the capital of Baghdad. For Christians it is life threatening, just as it was before, to be seen on the streets of the Iraqi capital. Therefore, the parish must rent a bus to take the children to their communion instruction at the Church.

A young seminarian from Baghdad, who must be anonymous for security reasons, instructed the children during their preparation and sent "Kirche in Not" photos of their instruction for the First Communion.

He says that the children are preparing with "great seriousness and full of joy" in expectation of their reception of the Body of Christ. About the difficult situation of the Christians in Baghdad he says: "This is our home and we will not be driven from it!" The First Communicants are "seedlings of peace" for Iraq. "Christ is our joy and our hope, his message can change our society," explained the Seminarian.

Since the intervention of the "Coalition of the Willing" into Iraq in 2003, Christians have been caught between two fronts in a bloody civil war between Sunnite and Shi'ite militias. Representatives of the Church have stated since, that they are neutral bystanders in this conflict and are working for a peaceful and democratic Iraq.

For that reason there are always more terror attacks on Christian institutions. In this month alone, there have been three attacks on Churches in the city of Kirkuk in northern Iraq. Altogether there were at least 13 people wounded as well as Church and outlying buildings severely damaged. Last monday the Syrian-Catholic St. Ephraim Church in Kirkuk was the target of a car bomb attack. No one was injured, there the security personnel were quickly informed of a suspicious automobile and were able to save the priest and the parish.

Many Christians have left their homes out of fear. Archbishop Louis Sako from Kirkuk reports that in the last two weeks, five families have gone away. Actually the government takes the protection of Christians very seriously. It actually has promised to provide guards for the Churches, says Archbishop Sako, but no one can guarantee that there won't be more explosions.

"Kirche in Not" supports the peace work of the Iraqi Bishops and helps with additionally, to sustain Parishes of the Land and provide pastoral care.

The organization requests its supporters for their prayers for Christians in Iraq and donations for the Church there:

Moscow Patriarchate: Appeal to the West, to Protect Persecuted Christians

Metropolitan Hilarion: "Measures could be taken reduced to a simple formula: economic and other help should only be given in exchange for guaranteed security for religious minorities."

Metropolitan Hilarion (Alfejew), the director of the foreign office of the Moscow Patriarchate, said for journalists at the Russian Capitol: "The European Parliament has stressed in a resolution of the 20th of January, special measures to influence those lands in which Christians are persecuted.

I think that these measures can be reduced to a short formula: economic and other assistance should only be given in exchange for guarantees for the security of religious minorities."

The Metropolitan cited data of international organizations: every five minutes somewhere in the world a Christian is killed for his Faith, every year there are an estimated 105.000 victims, and 75 percent of all those who are persecuted because of their convictions are Christians.

The director of the foreign ministry of the Moscow Patriarchate referenced, related to a study by the Commission of the Bishops Conference of the EU-Area (ComECE), according to which 170.000 Christians throughout the world must suffer for their Faith. The human rights organization "Open Doors" even estimates the number as high as a Million persecuted Christians.

"We must see an evident fact: Christians are the most persecuted group worldwide", said the Metropolitan. Many researchers are beginning to compare the intensity of the persecution of Christians at the beginning of the third millennium with the first centuries of Christianity.

The Metropolitan identified countries with especially intense persecution as, Afghanistan, Iran, the Sudan, Pakistan, Iraq as well as North Korea. In the respect of Iraq he recalled that earlier there were 1,5 Million Christians in the country before the fall of Saddam Hussein of which more than half have been displaced or fled the country. 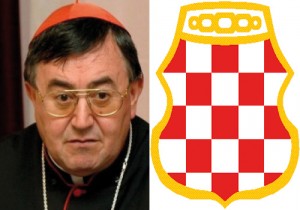