In Iloilo City, the “heart of the Philippines”,  a Noviciate of St. Bernard has been started.  It will be consecrated to the Immaculate Heart of Mary.  At the place of the future main altar, there will be a Miraculous Medal placed in the ground. 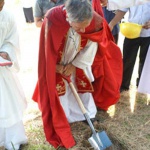 The building has taken place not without difficulties.  Hardly had the excavation foundation been laid down, and indeed with floods of water in the torrential downpour.  Prior Coenraad Daniels will not, however, be influenced by a few drops.  The pit was pumped out and the project continued.

The church will be completed in two years.  According to the words of the Prior the building of the church will be of immense important for the life in the Novitiate.   The consecrated souls will find themselves at home there.

On the circular letter of the building in the Asian District.

The Society of St. Pius X is active on five continents in 62 countries.  (Numbers in German)

Faithful in the entire world who are attached to the Society of St. Pius X: 600,000. (According to Cardinal  Castrillón, President der Commission Ecclesia Dei, Declaration of 16. May 2007 to the Bishops to CELAM) 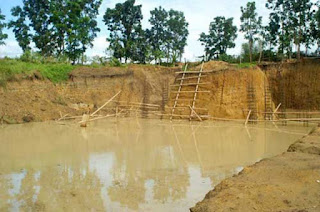