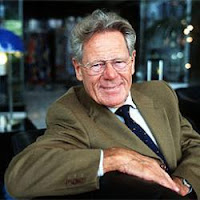 The famous "Spiegel" editor and writer Matthias Matussek has leveled a sharp critique against Hans Küng and Heiner Geissler.

München (kath.net) The famous "Spiegel" editor and writer Matthias Matussek has leveled sharp criticisms against Hans Küng and Heiner Geissler. These are "two old, narcissistic sick men, who are holding out for a better Pope. In any case for an infallible one."

Matussek would like also that the Catholic Church returns to Tradition. Celibacy is the "strongest sign" for the "anti-civil shadow world". The "refusal of coitus" is today clearly the "last mortal sin in our oversexualized society". The author was also critical on the promotion of ordination for women. It is "that much energy is wasted, carrying reform papers into the sanctuary." "The Germans think it is too important", says Matussek, who praises Pope Benedict all the more, who has the "most difficult job which this world has" to give.

It might be coming out in English. Will check, but it's:

All books and media may be ordered directly through kath.net in collaboration with the Christlicher Media Trust [releaste in Austria and Germany] and the Raphael Mail order book store [in Switzerland]. Postage will be added.

For orders outside of Germany and Austria: