Italian Family Minister: “The Family is Under Attack. They Want to Dominate Us and Cancel Our People”

Edit; we were sent this link by a twitter follower. Here is a google translate with some editing. We don’t think that Corriere Della Sera is too happy with this heroic Catholic’s point of view.

"The natural family is under attack. They want to dominate us and cancel our people." The new minister for the Family and Disability, Lorenzo Fontana declared this in 2016, as stated on his website.

[Corriere Della Sera] At the conference of the Pro Vita Onlus association held in Verona, he explained that "on the one hand the weakening of the family and the fight for gay marriage and the teaching of gender theory in schools, on the other the mass immigration that we undergo and the simultaneous emigration of our young people abroad. These are all related and interdependent issues, because these factors aim to erase our community and our traditions. The risk is the cancellation of our people.” The example to follow is Russia: "If thirty years ago Russia, under the Communist, materialistic and internationalist yoke, was the farthest imaginable from the ideas of identity and defense of the family and tradition, but today it is the model for those who believe in an identity model of society.”

The 38-year-old minister of the new government of the League and Movement 5 Stars, former vice-secretary of the Northern League who describes himself as "Veronese and Catholic" on Twitter, in March 2017 defined "the order of the Court of Appeal of Trento on double paternity (a law which recognizes that a child can have two fathers), a defeat for society ».

At the end of May he participated in the March for the Life of Rome to support the abrogation of the law 194 on abortion with the cry of "abortion is the leading cause of femicide in the world".

A graduate in Political Science, he particularly cares about the demographic theme: "Politics must take care of the family, we can not waste any more time. Children are the investment of the future. Every year it is as if we lost a city the size of Padua, the demographic decline is comparable to that caused between 1918 and 1920 by Spanish fever,” he said in an interview. In January, again on the same subject, the former prime minister, Paolo Gentiloni, commented: "For the outgoing Council President, the aging Europe needs migrants; for us, aging Europe needs to generate new children". 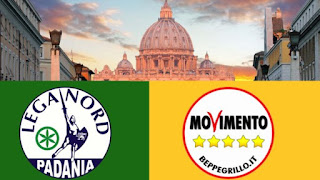 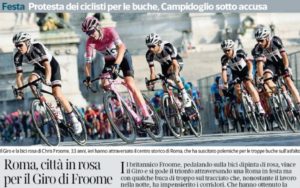