The religious society of lay brothers, known as the Lasallians, founded by Jean Baptiste de la Salle in 1680, was famous for its approach to education. Not too far from the place where Father Hennepin discovered the massive Saint Anthony Falls, is Nicolette Island where a centenarian Catholic Highschool dwindles into post-modern obscurity and scandal. In the French tradition of the area of Minneapolis, the school of DeLaSalle was founded in 1900. It was once a place of education for 1654 boys just after the Vatican Council, but it has since decayed into a modern, co-educational body of a bit over 600 students, many of whom are not confessionally Catholics. It's also not clear that the school has a strong attachment to the Catholic Church and there are more than a few indicators that this once vibrant Catholic, Lasallian, institution which was once a matrix of vocations, soldiers and leaders for the Church and the United States, has fallen adrift of its mission and is now confused.

We say "confused" because the school administration has chosen to invite a small community of protestants, namely three pastors devoted to what is described as the "Lutheran Tradition" and an ecclesial body known as the Lutheran Congregation for Mission in Christ (LCMC) which, despite splitting from the 4.2 Million strong Evangelical Lutheran Church this year in November over the issue of homosexuality, still ordains women. We've seen what diversity has done for the school and for the Church throughout the world, especially in the western world.

The current team is using the facilities at DeLaSalle for weekly 5pm services, which might be relatively innocuous if short lived, since they must be growing their ministry till they can afford to buy a larger church space once their pastorate grows; but the presence of a female minister will no doubt, raise the oft demanded but impossible notion of women priests, despite the group's laudible opposition to homosexuality. Additionally, we expect that there is relatively little difference in their religious services and the Catholic ones held there, for there might be more than a little confusion as the Novus Ordo Mass instituted by Paul VI in 1970 has a lot of similarities to the Lutheran service both in music and in liturgy.

If it's not confusing enough that LCMC which has as we pointed out above, split off from the ELCA recently over the issue of homosexuality, are still separated from the Catholic Church and the Missouri Synod Lutherans, neither of whom ordain women but still differ about a great many other things. Even with these explanations, which should be self-evident, it remains unclear how the offer to permit this Lutheran splinter group to use Catholic facilities, will not create confusion and be a cause of scandal, or whether they will be even using the school chapel. They are helping to give the impression that the Catholic Faith, which our ancestors fought hard to preserve, doesn't matter so much and can be dispensed with out of misplaced amity and false unity. Will these Lutherans freeze to death if they have to hold their heretical services elsewhere? Or will De La Salle have to close if they can't charge the rent they will presumably receive from the LCMC for the use of their chapel. (We'd hate to think this was free) 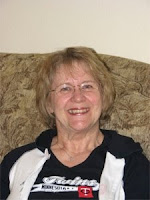 Surely, the three man Lutheran pastoral team, which includes one woman, must understand matters of principle since they themselves are part of an organization that split with the ELCA over homosexuality.
Posted by Tancred at 11:54 PM No comments: