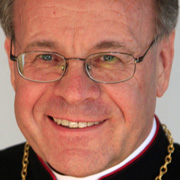 Edit: last week, the Bishop sent his Vicar General to talk to 'Adebar' and they ignored him.  Now things are getting real.  This could create a model for dealing with institutional Liberal organizations promoting things hostile to Catholicism throughout the Church.  Bishop Huonder is a courageous pathfinder, despite being attacked and maligned by his own Diocesan paper and subordinates, he's not letting go.

Satan governs:  The association counsels pregnant mothers on the selection of child butchers -- and receives money for that from Church-tax.

The Canton "National Church" is a quasi-state institution, which is not administrated independently of the episcopal part of the Church-tax money.

In which a"National Church" member even occupies the board.

The blood of children flows

The association offers pregnant mothers a selection of child butchers.  It distributes the criminal 'after death pill' and the contraceptive coil.

For mothers under 16, they provide death passes which are required for a child to undergo an abortion in Switzerland.

In the the work of prevention and sexual education it contradicts the moral and ecclesiastical doctrine.

For years the Bishop has unsuccessfully protested against the support of child murderers with money from Church-tax.  Now it will be handled publicly.

"That's where the Church has been brought into contact with an organization "Catholic National Church of the Cantons" against Her will, which works in contradiction of the Catholic Church in various regards, the Bishop of Chur has authorized his General Vicar with a concluding legal review"  -- it says in the statement.

There is a question if it will be allowed in Switzerland, that Church-tax bodies may support organizations contradicting its own established goals, which clearly contradict Church teaching.

The legal action related to this finding is being evaluated at this time.