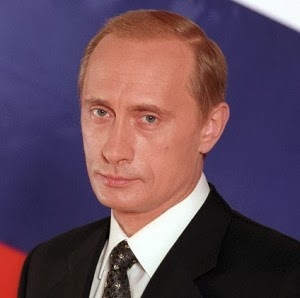 (Moscow / Vatican) Russia's President Vladimir Putin will pay a visit to Pope Francis. The audience is set for Monday, the 25th of November. The meeting was strongly desired by the Russian head of state. The diplomats of the Kremlin made inquiries a few weeks ago at the Vatican to include a trip to Rome during Putin's trip to Italy, which leads him to Trieste. The wish was granted immediately by the Vatican. On the same day, the man in the Kremlin will also pay a courtesy visit to the Italian Head of State, as required by diplomatic convention. But the real destination is Pope Francis.

Putin is not just seeking a photo-op, which would immortalize him next to the head of the Catholic Church. Russia seeks to establish a new network of strategic partnerships for several years. This was exemplified with the rapprochement between the Russian Orthodox and the Catholic Church under Pope Benedict XVI., an approach that is reinforced by the reigning Patriarch of Moscow, Kirill. However, the approach involves not only the Church but also the political level. And reveals that this is not just a purely political question.

Moscow in Search of Strategic Allies

In Moscow there is a quest for similarities and potential allies for a counterweight to the United States. A power struggle under very different circumstances. It's about national interests, geopolitics, and influence. But it is also a dimly recognizable counter-model to the new Western state doctrine of relativism. At this level, Putin calls out to the West. He did this by supporting the opponents of gay marriage in France and by Russia's refusal to fall under the U.S. Cartel. In addition to a national antagonism, a new ideology has entered. A contrast that will take place globally as the different language programs broadcast by Russian television show. There are  English and a Spanish editors to supply much of the world with counter-information to Western broadcasters.

The promising contacts by Benedict XVI arose between Moscow and the Vatican, should the Kremlin so desire, will be be expanded. The opportunity to continue leading the way with Pope Francis is apparent. Putin wants to personally attend the last decisive exploratory visit on the 25th November. Syria will only be a topic of discussion to demonstrate similarities. Russia has signaled in the Middle East it is ready to take on the role of protector of the Christians, whom the West seems to be willing to give up on other interests.

Recognized Role of Russia: Open Letter from Francis to Putin

Early September, Pope Francis signaled that Russia must play an important role with an open letter to Putin, facing the G20 summit in St. Petersburg. Specifically, it was about the Syrian conflict. This was followed by prompt cooperation in the diplomatic field between the Vatican and Russia to defuse the conflict by securing Syrian President Assad's assent to destroy chemical weapons. The fate of Christians in the Middle East will be discussed at the meeting. Pope Francis has so far avoided any gesture that could be exploited in any way in an anti-Islamic manner by the West or from Russia. Unlike the West, he avoided any mention and even praise for the "Arab spring", in whose lee the Islamists in the Middle East experienced an unexpected increase in power. But he also avoided any invitation to the old protective forces to work beyond diplomatic activities for the protection of Christians in the Orient.

A new "Holy Alliance"? - Argentine Pope is no Longer in East-West Logic of the Cold War

In Russia, there is quite an interest to forge a kind of "Holy Alliance". Moscow has set aside a lot of the old resentment against the West and its representatives. What seemed unthinkable for the Moscow Patriarch with a Polish Pope, was already possible under a German pope. Then a Pope from Argentina is definitively not in the old East-West logic in which the Catholic Church was seen as part of the North Atlantic Alliance by Russia. This is also why new opportunities of approach are seen in the East.

Opportunities that could possibly lead to long-silent and gradually prepared meeting between a pope and a patriarch of Moscow. The trail leads to Moscow on a common defense of non-negotiable values.

Papal Gesture of Goodwill for Orthodox

Pope Francis shown his hand already in several benevolent gestures toward Orthodoxy. On the return flight from Rio de Janeiro, he expressed his admiration for the Orthodox liturgy, which is to have more strongly preserved the sacred. In his Civiltà Cattolica interview, he said of the Orthodox: "From them you can learn even more the meaning of episcopal collegiality and the tradition of Synodality".

On November 12th the "Foreign Minister" of the Moscow Patriarchate, Metropolitan Hilarion Alfeyev, has already come to Rome. The occasion is the presentation of a book with contributions of the Russian philologist Sergei Averintsev (1937-2004), who was a member of the Pontifical Academy of Social Sciences as an Orthodox. Hilarion's stay in Rome, are seen also as preparatory talks proceeding the 25th of November.