Roberto de Mattei: Will Pope Francis Address the Causes of the Crisis? The Example of Hadrian VI. 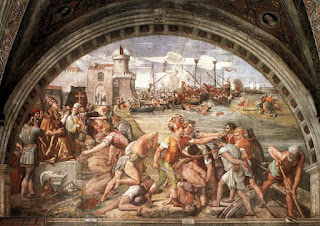 What follows is the first opinion of the well-known tradition associated historian, Roberto de Mattei on the election of Pope Francis  (Francis):

The church has a new pope: Jorge Mario Bergoglio. The first non-European pope, the first Latin American pope, the first named Francis. The mass media will evaluate his past as a Cardinal, as archbishop of Buenos Aires and a simple priest to guess what the future of the church will be under his pontificate. Which revolution will he carry the flag for? Hans Küng describes him as the "best choice" (La Repubblica, 14.3.) But not until after the appointment of its staff and to its first keynote speeches will we be able to estimate the orientation of the pontificate of Pope Francis. For each pope, which is 1458 Cardinal Enea Piccolomini Silvia said at the moment of his election as pope with the name Pius II: “Forget Enea, listen to Pius.”

The History never repeats itself exactly the same in the past, but it helps to understand the present. In the 16th Century went through the Catholic Church a crisis that had never happened before. Humanism, with its immoral hedonism had infected the Roman Curia and the popes themselves. The corruption of Martin Luther's Protestant pseudo-reform had arisen, which Pope Leo X. who was from the family of the Medici, dismissed it as a "quarrel among monks." The heresy then immediately spread out, as after the death of Leo X. 1522, a German pope, Adrian of Utrecht, was unexpectedly chosen. He gave himself the name of Hadrian VI. The shortness of his pontificate, prevented him from bringing his projects to a conclusion. This is particularly true that, as well-known papal historian Ludwig von Pastor writes of the gigantic conflict against the many abuses which disfigured the Roman Curia, included almost the entire church. Even if his papacy had lasted longer, the evil was too deeply rooted in the Church, Pastor noted, than it would be necessary for a single pontificate to effect such a great change. All the evil that has been done for generations, could be overcome only by a long continuous work.

Hadrian VI. realized the extent of the problem and the responsibility the men of the Church who bore it. It is clear from the Instructio that on the apostolic nuncio Francesco Chieregati read on behalf of the Pope third January 1523 at the Diet of Nuremberg. Ludwig von Pastor emphasizes the extreme importance of this document, to learn not only about the ideas of the Pope for the renewal of the Church, but because it is as a text, never been in Church history never before.

After it initially rejects the Lutheran heresy, he treats the last and more important part of the instruction, the failure of the highest ecclesiastical authority against the revolutionaries.

We frankly confess that God lets it happen this persecution of His Church, because of the sins of the people and especially the priests and prelates. It is certain that the hand of God has not withdrawn, not because He can not save us, but because our sin separates us from him and therefore He does not hear us. The Scripture clearly teaches that the sins of the people have their origin in the sins of the clergy and therefore, as St. John Chrysostom explains, our Saviour, when He tried to clean the sick city of Jerusalem, he first went to the temple to punish the sins of the first priest, like a good doctor who cures the disease at its source. We have never sought the papal dignity, and would much rather have closed our eyes in the retreat of private life: We have waived the tiara, and only the fear of God, the legality of the election and the danger of a schism have led us to the office of the highest pastors to assume that we do not want to exercise in ambition, nor to enrich our families, but only to return the Holy Church, the bride of God to Her original beauty, to help the oppressed, to promote wise and able men to absolutely everything to do, what befits a good shepherd and true successor of Peter. However, no one should be surprised if we do not remove at a stroke all the abuses, because the disease is advanced and deeply rooted. It will therefore be taking one step after another, and confront the dangerous evils by the right drug, not to hasty reform to confuse everything even more. For, as Aristotle says, any sudden change is dangerous to common life.

The words of Adrian VI. help us to understand how the present crisis of the Church originated in doctrinal and moral defects of the men of the Church in the second half century since the Second Vatican Council. The Church is infallible. But Her members, the high ecclesiastical authorities, can make mistakes and must be willing to admit their guilt publicly. We know that. Adrian VI had the courage to tackle this critical examination of the past. How will the new pope counter the process of doctrinal and moral self-destruction of the Church and what position will he play against a modern world that is immersed in deep anti-Christian feeling? Only in the future will we be able to answer these questions, but it is certain that the cause of the darkness of our present time are in our recent past.

The story also tells us that Hadrian VI. was followed with the name of Clement VII (1523-1534) Giulio de Medici. Under his pontificate, the terrible sack of Rome took place on 6 May 1527 by the Lutheran mercenaries of the Emperor Charles V. The destruction and sacrileges that were committed then, and those of the year, exceeded the sack 410, can be barely described. There was particular brutality taken against religious and clergy: nuns raped, priests and monks killed or sold as slaves, destroyed churches, palaces and buildings, relics scattered and taken away. After the carnage famine and pestilence followed in quick succession. The citizens were decimated.

The Catholic people interpreted the event as a just punishment for their sins. Only after the terrible looting did life begin to fundamentally change. The climate of moral and religious relativism dissolved and in the general distress, a serious, sober and contrite air made throughout the holy city. This new atmosphere made the great religious revival of the Catholic Counter-Reformation of the 16th Century possible.