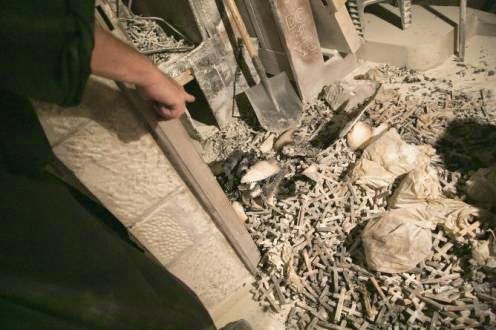 The Christians wish to have the Upper Room where the Last Supper took place, in which Jesus Christ instituted the sacramental priesthood and the offered sacrament of the Eucharist, where he performed the washing of the feet, appeared to the disciples after His resurrection, and in His Ascension on the Pentecost sent down the Holy Spirit  upon the disciples. On the ground floor, where the Jews worship is the alleged grave of David, was probably the oldest church in the world. Incised Crosses indicate a Judeo-Christian synagogue and thus is suspected to be the earliest church from the first century AD.
Text: Giuseppe Nardi
image: Infovaticana
Trans: Tancred vekron99@hotmail.com
Link to Katholisches…
AMGD
Posted by Tancred at 9:54 AM 4 comments: