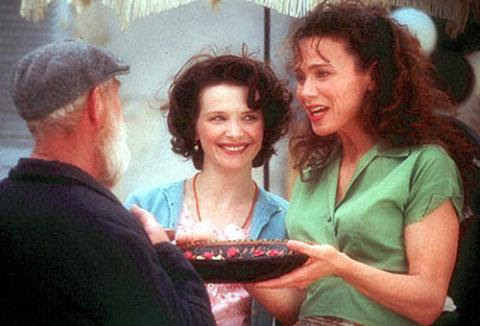 In what could be a scene from a Lasse Hallstrom film, a 50 year old Irish priest in an romantic locale, falls in love and tells his congregation who respond with a heartfelt standing-o. He breaks with tradition, like a man who turns his back on the tumult and chaos of a tired but loyal wife and riotous children for another woman, he's turned his back on the priesthood to which he was commited for 20 years.

It would be easy to spit on him in print. Could those who've met his departure with the cheers in the closing scene of an adolescent feel-good coming of age film really understand what this man has done? Do they understand the priesthood?

What is greater in scope in the treatment of this story is that there are others, mostly comfortable elitist journalists and liberal priests, who want to make this issue and others like it, with its subjective emotional mental states, self-realization and betrayals, into something else. These men, many of whom aren't actually Catholic, want to determine how the Church is run. Their spite is palpable and it's what has always given us an inkling of the truth of the Catholic Church's claims to be what She is, "One, Holy, Catholic and Apostolic".

They say that celibacy is a ridiculous rule and that the new incoming Anglicans will call all of this into question. The only thing that's certain is that any avenue of attack will do. Like the crowd that mocked our Lord at Calvary, a diabolical tumult will sound from the electronic media whose malice and desire to corrupt can reach unto every hearth and twist men's minds and make them unwhole; make them unwholesome.

The decision of Londonde cleric Fr Sean McKenna to leave the priesthood because he is in a relationship with a woman has raised again the issue of celibacy within the Catholic Church. It is obvious from the reception given to Fr McKenna by his congregation when he broke the news to them on Sunday that he was much admired as a priest and that that admiration follows him into his life as a lay person. The sadness that many people feel is that he had to choose between his vocation and his new relationship.

The Catholic Church has for centuries held the view that priests must be celibate. That, like its strict views on issues such as abortion and divorce and the ordination of women, is one of the attractions of the Church to those seeking certainties in their lives. However, others see celibacy as an outmoded restriction on the lives of priests.