Edit:  Bishop Michael Olson, who is now trying to destroy a priest who called out one of his friends has been assigned to St. Luke’s. He’s suing for defamation. This is the same Bishop who helped Taylor Marshall destroy Fisher More College. 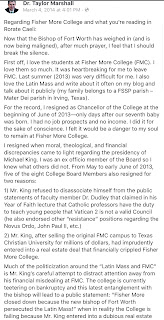 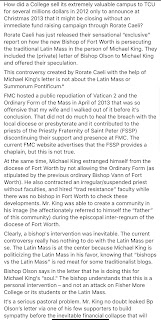 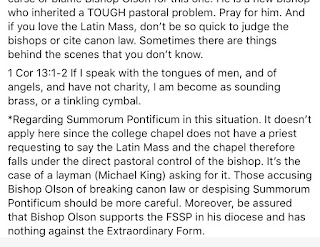 FORT WORTH, Texas (ChurchMilitant.com) - Disturbing details have emerged about Bp. Michael Olson of Fort Worth, Texas, revealing what appears to be a dark side.
Church Militant obtained 1,800 pages of court documents in a defamation lawsuit filed by Fr. Richard Kirkham, a Fort Worth priest, against Olson. In the file is a deposition of one Diane Cluley, a 90-year-old woman who has been described as Olson's "surrogate mother," who took Olson under her wing when he was a young seminarian.

According to Cluley, Olson came from a troubled background, with difficult relations with his parents, exhibiting a great deal of insecurity and issues with self-esteem. In her effort to help him, she welcomed Olson into her home, allowing him to form close bonds with her sons. Olson was a frequent dinner guest, staying late into the night and spending a great deal of time with the family. 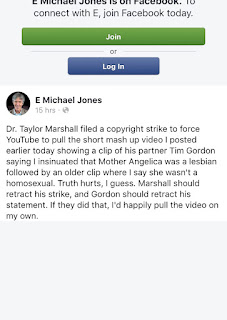 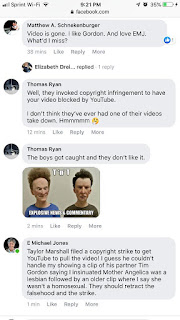