A Way Out of the Church Crisis? -- Throw Away Karl Rahner's Books -- The Sooner the Better 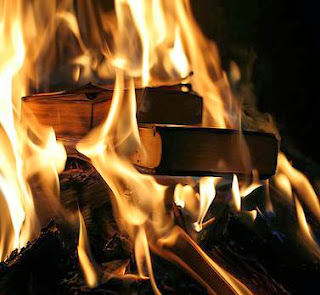 Edit: may we suggest another possibility?

(Rome) According to Cardinal Giuseppe Siri, the Archbishop of Genoa. According to the wish of Pope Pius XII, who would have wanted him as his successor, thought the writings of the German Jesuit Karl Rahner had wreaked the most damage in the Catholic Church. Cardinal Siri, who was described as an "impregnable fortress of the Catholic Church", came to the conclusion that Rahner's books destroy the sense of the supernatural and the people would be caught in his in-the-worldness. Cordialiter wrote recently:

"Some time ago, my father had an old book Theology by Karl Rahner. A nun had given it to him. When I heard that he was giving away for lack of space some books in his library, I immediately tried to convince him to throw his first Rahner book. But he was indecisive. He had never actually read the book, but heard good reports of it. So I told him what Cardinal Siri had said to Rahner. In the end I got permission to throw away the Rahner book. It was an indescribable pleasure for me to carry this book to the trash container. To prevent anyone from fishing out the book again, and maybe selling it off to a flea market, I previously removed the book cover and tore some pages out.

To find the way out of the church crisis, there needs to be an Entrahnerisierung of the Church. The 'anthropological turn' has come to an end. Today you can hardly speak of Rahner, but the the impending abyss is omnipresent. The books of the German theologian whose theology is called transcendental theology are completely wrong. Just throw them away, the sooner the better. They are in the abyss, they are falling into it, and thus are plugging the hole. For extreme evil it takes extreme remedy. "