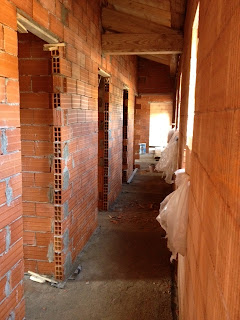 (Rome)  On the Mediterranean island of Sardinia there is a new traditional cloister of eremitical Benedictines.  Ten years ago a group of faithful bid the Bishop of Tempio-Ampurias, to have the Holy Mass in the Tridentine Rite.  Bishop Paolo Atzei, a Franciscan, denied the request with a letter of November 1st, 2002:  "I will never be the Bishop [...], who will lead back to what you and perhaps others in the area hope, to a pre-Conciliar return.  Still I will allow that others in the Diocese celebrate according to the Missal! [of 1962, note]  In 2004 Msgr. Atzei was named as Archbishop of Sassari by Pope John Paul II.

In 2004 They Formed an Old Ritual Community of Benedictine Spirituality

Eight years ago some faithful began the traditional group under the spiritual direction of a priest of the Ecclesia Dei Community, a common life in the spirit of Benedictine Monasticism and the "Old Rite".  The Classical form of the Roman Rite was in the mean time, thanks to the Motu Propr. "Summorum Pontificum" of Pope Benedict XVI. the Extraordinary Form of the Roman Rite was freed, however they had no location, and not from any lack of resistance in the Diocese.

2012 Has Begun With the Monastery

After several years of living in a private home and in the midst of the world, they wish to have their own monastery.  They found a place of retreat and a piece of land which could be acquired in a remote location.  In 2011 Father Konrad zu Lowenstein of the Fraternity of St. Peter blessed the property.  2012 has begun with the construction of the monastery.  The cell block is now largely complete. In 2013, the church and the cloisters will be built.

The community has so far not come directly to the public, nor has the exact location of the monastery building site been announced.   As Messa in Latino reported, the community asks for discretion, as they fear that in the light of their experience with the diocesan church leadership, that repression and a media witch hunt would necessarily bring unrest to the spiritual life of the group.  This reluctance has been criticized in part as secrecy.  Nevertheless, the community has firmly resolved in this.

The canonical status of the community is not resolved at the diocesan level, this was partly because of the secrecy so far that they have made no such request.  As yet, contacts with the Pontifical Commission of Ecclesia Dei could not be ascertained.  Nevertheless, the group pushes forward with the monastery and has asked for assistance.  Those who want further information may do so via the e-mail eremitani@hotmail.it.  Information is also likely to be obtained via Messa in Latino or Father Konrad zu   Lowenstein FSSP.