New Study: Suicide Among Non-Believers Higher Than Among Believers -- Lower Among Catholics

by Roberto Reggi, translated by Tancred 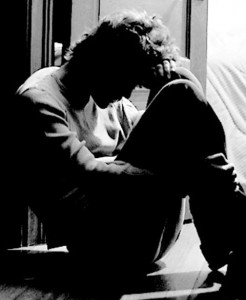 Suicide is negatively regarded in the religious and moral view.  In addition it is yet a significant and statistically easy scale for well being. Already, since the clasical study of Emile Durkheim (1897), which is generally considered the first scientific sociological study, it is known that among believing people in comparison to non-believing, there is less suicide.  In detail, there are fewer suicides among Catholics than Protestants.

The interpretation for this phenomenon, which the father of Sociology poses, is founded in the concept of anomie. [A sociological term describing the disturbance of in social relations.]   The decline or loss of religious norms and values (a-nomos, without laws) leads to disturbances in the social order and the loss of social integration.  The results of anomie are for people the feeling of a sense of loss, growing dissatisfaction and fear, which could lead to suicide.  Believing people have however ideals to which they can hold and adjust to every situation.  They have the patience and hope.  Catholics are more tied to a community and social relationships than Protestants, which further reduces anomic manifestations.  The Catholic network is more widely and broadly extended than the Protestant, because the Protestant, lacks the this worldly pressure to perform and failure according to human standards is always circumscribed as a possibility in the Catholic.

More than a century after the ground breaking study by Durkheim there was a University study published in the Summer of 2012. In that the number of suicides in Switzerland was researched between 1981 and 2001,  a country therefore, in which the Catholic Church and Protestant belief systems have historically lived side by side.  The Study Suicide and Religion:  New Evidence on the Differences Between Protestantism and Catholicism was written by Benno Torgler (EBS University for Research and Law, Oestrich-Winkel) and Christoph Schaltegger (University of Luzern).

The study offers valuable information between the homogeneity of the researched cases, which all come from the same political and social back grounds, which marks the Swiss national situation.  The study affirms Durkheim's assertions from the last 19th century: Protestants are more frequently inclined to suicide than Catholics.  In practice:  the same social and economic conditions (income, family relationships, etc...)  show a decline in suicide, the higher the Catholic section is.

Link to Katholisches...
Posted by Tancred at 4:01 PM No comments: