Schönborn: the Cross Should Make the World Fairer

Viennese Cardinal in "Today" -column: If the cross in the courtroom, classroom and hospitals is not for change, it is merely an ineffective piece of culture

Vienna (kath.net/KAP) According to Cardinal Christoph Schönborn, the Cross has important functions in public space. "The cross should change something, make the world more equitable, otherwise it is an ineffective piece of culture," the Viennese Archbishop said in his Friday column of the free newspaper "Heute" in the current cross-debate. The symbol of Christians should not be seen as a "jewel in a cultural museum," but rather as a reminder.

In the courtroom, according to Schönborn, "it should remind the judges that God expects them to be righteous and not partisan," and that "the poor and defenseless are to be treated just as well as the rich and powerful." In the school, the cross calls to mind "that children are not bullied, that teachers should support the weak." In the hospitals, the cross shows "that the suffering man has his dignity, even if he is destitute."

The Cardinal has been at a distance from the current cross-debate, which was triggered by the discussion about head coverings and burkas. Some would call for "ideological neutrality" in public space and wanted to "ban or even ban anything that recalls a religion." Others have described the cross - but not the Burka - as part of the culture. "This discussion is a dead end," says Schönborn.
Trans: Tancred vekron99@hotmail.com
AMDG
Posted by Tancred at 8:48 AM 3 comments: 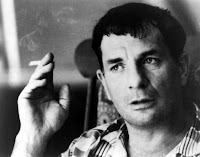