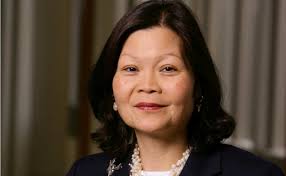 Michael Hichborn also has presented some analysis on this event.
AMDG
Posted by Tancred at 11:04 AM 4 comments:

Edit: at some point someone is going to have to fight them. Thank goodness someone won't let them get off scot-free.

[Truth Revolt] Marquette Political Science professor John McAdams has been suspended "until further notice" for exposing a leftist TA who silenced a student from discussing gay marriage in her ethics class.

Last month, an unidentified 20-year-old Marquette student stirred up controversy in his "Theory of Ethics" class when instructor Cheryl Abbate led a discussion about "applying philosophical theories to modern political controversies." Among the various political controversies listed were "gay rights" alongside other hot-button topics like gun rights and the death penalty.

In an interview with Todd Starnes of Fox News, the student said regarding the incident, "we had a discussion on all of them – except gay rights. She erased that line from the board and said, ‘We all agree on this.’”

When the student confronted Abbate after class about why they didn't discuss gay rights, Abbate said that some students who might be homosexual could get offended, clarifying that opposition to issues like gay marriage would be homophobic.

In a recorded conversation, the student accused Abbate of restricting his right to express his opinion in class and Abbate dropped the bombshell.

“You can have whatever opinions you want but I will tell you right now – in this class homophobic comments, racist comments, sexist comments will not be tolerated,” she told him. "If you don’t like it, you are more than free to drop this class.”

The student did drop the class and reported it to the Chair of the Philosophy Department, Nancy Snow, but nothing happened. However, Abbate didn't get away scot-free. When conservative professor John McAdams learned about the incident, he exposed it on his blog The Marquette Warrior where he accused of Abbate of "using a tactic typical among liberals now" when dealing with her student. He also criticized Nancy Snow for some of her own Orwellian conduct in her “Philosophy of Crime and Punishment” class where she "tried to shut up a student who offered a response, from the perspective of police" to Snow’s comments about supposed "racial profiling'" and her ordering that the student write a letter of apology to all black students.

The university is continuing to review your conduct and during this period–and until further notice–you are relieved of all teaching duties and all other faculty activities, including, but not limited to, advising, committee work, faculty meetings and any activity that would involve your interaction with Marquette students, faculty and staff. Should any academic appeals arise from Fall 2014 semester, however, you are expected to fulfill your obligations in that specific matter.

Your salary and benefits will continue at their current level during this time.

You are to remain off campus during this time, and should you need to come to campus, you are to contact me in writing beforehand to explain the purpose of your visit, to obtain my consent and to make appropriate arrangements for that visit. I am enclosing with this letter Marquette’s harassment policy, its guiding values statement, the University mission statement, and sections from the Faculty Handbook, which outline faculty rights and responsibilities; these documents will inform our review of your conduct.

Responding to his suspension, McAdams highlighted the absurdity of being given Marquette's harassment guidelines considering that "the behavior must be directed toward a protected class (color, race, national origin, ethnicity, religion, disability, veteran status, age, gender or sexual orientation), and leftist philosophers are not a protected class."

Marquette's Turning Point USA chapter has since launched a grassroots initiative. Their petition to lift McAdams' suspension can be signed here.