The Prophet of Sacred Germany 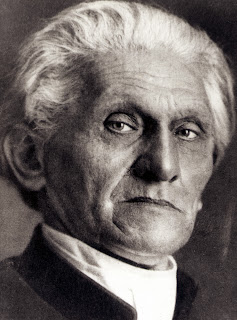 Edit: in honor of the 80th anniversary of Stefan George's death day, which took place on December 4th, we essayed to translate this essay from Junge Freiheit by Sebastian Hennig.
When Stefan George died at the farming village of Minusio on Lake Maggiore, eighty years ago,  this didn't  only mean the death of a legendary poet and language artist. A few months after the poet Gottfried Benn called him in an essay as "the greatest crossover and charisma phenomenon that has ever been seen the German intellectual history."
The lively nature of this poet unleashed and bundled the spilled energies of the German-speaking people. He looked directly and consciously focusing on a growing circle of intimates, who passed on in turn in their particular fields with the high standards of their master.