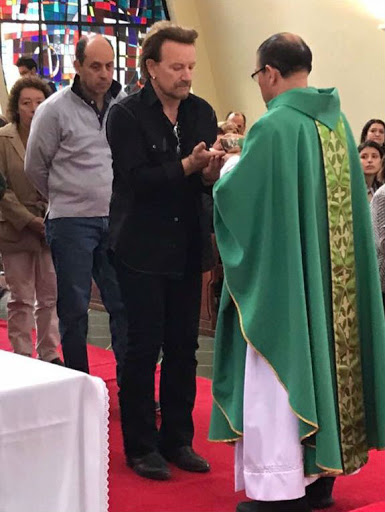 The English pop star, Paul David Hewson, more popularly known as Bono, received sacrilegious Communion in the Hand, despite not being a professed Catholic.

He was at a concert in Colombia and attended Mass at a boy's school there.

Edit: media figures don't often have much to say that's worth hearing about anything, much less about religion, but if someone like this contradicts the standing "wisdom", that's remarkable, indeed it's rare.  Here's an interview Bono gave for RTE.  The interviewer can barely believe what he's hearing.