Benedictines of the Strict Observance Consecrated in Albenga-Imperia 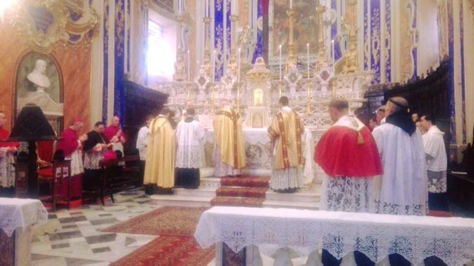 Bishop Olivieri celebrating the Immemorial Mass of All Ages with his successor, Bishop Borghetti to the left.

(Genoa) Bishop Mario Oliveri conferred the Subdiaconate on one and a lower order on two traditional Benedictines of the Immaculate.

The fledgling order was founded in 2008 by two monks of the traditional Benedictine Abbey of Le Barroux as a Benedictine order of the strict observance. They had settled at the request of Bishop Oliveri in the diocese of Albenga-Imperia. Bishop Oliveri was the chief shepherd of this diocese from 1990-2016.

Exactly one year ago, on March 21, 2017, the Order of the Benedictines of the Immaculata was canonically recognized as an Order of Diocesan Right. Its charisms include ecclesiastical tradition, the traditional form of the RomanRite  and Benedictine spirituality.

March 21 is the Dies natalis, the day of the death of St. Benedict of Nursia. Yesterday, numerous clergy gathered at the Monastery of St. Catherine of Siena in Villatella, Liguria, to celebrate, together with the Benedictines of the Immaculate Conception, the day dedicated to the Order's founder and father of monasticism in the West. It was also a joyous feast for the young community because Bishop Oliveri conferee the Subdiaconate on two monks and another to a lower rank. 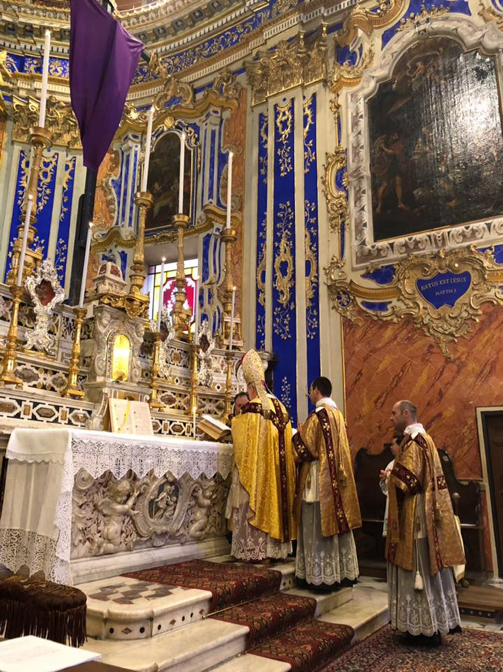 The vocation ministry and the spiritual direction of the monastery under Prior P. Jehan de Belleville fall on fertile ground. He was the first companion who joined Dom Gerard Calvet, the founder of Le Barroux in 1970 when he retired to the mountains in 1969, loving as a hermit because of the New Rite, which had been introduced into the Benedictine order.

"The monastic and the liturgical faithfulness", says P. Jehan, are the "irrevocable" basis of the Benedictines of the Immaculate. 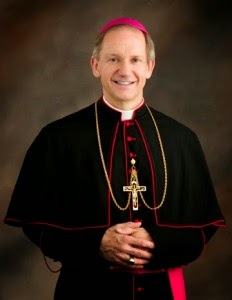 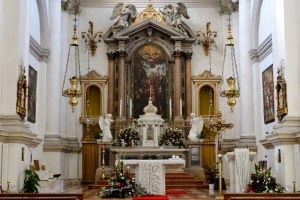 Example of an unnecessary duplication: new "people's altar" before already existing high altar
The measure of Bishop Paprocki is reminiscent of a measure of Bishop Mario Oliveri of Albenga-Imperia, Italy.  Bishop Oliveri was to remove all the "peoples' altars" from the churches of his diocese in which they appeared  because of the presence of a senior, high altar, made an unnecessary duplication and was incomprehensible. These and other measures of the bishop of the Catholic renewal, earned him the enmity of some ideological Church circles.
Against Bishop Oliveri, there was last October in the interaction of internal church staff and unchurched circles a smear campaign started with the intent to obtain his deposition that can be hoped for by Pope Francis (see the report Papal Purges  and their Claques- direction, not allegations decisive? ).  Msgr. Oliveri is still the acting bishop of the diocese.
Text: Giuseppe Nardi
image: Springfied diocese / parish Venegazzu
Trans: Tancred vekron99@hotmail.com
Link to Katholisches...
AMDG
Posted by Tancred at 9:02 PM 32 comments: