For ten years, the bishops of Cremona have refused to celebrate Holy Mass in the traditional form of the Roman Rite.

(Rome) The Bishop of Cremona refuses believers the Holy Mass in the traditional rite. The hostilities of the ecclesiastical hierarchy do not want to end. On the other hand, however, criticism rises from an unsuspicious side.

The pastoral theologian Msgr. Antonio Napolioni was appointed Bishop of Cremona in 2015 by Pope Francis. "The Latin Mass is discovered by sociologists but hampered by the bishops," wrote the Nuova Bussola Quotidiana (NBQ) on 2 March. This is especially true in Italy.

For ten years, believers have been asking the local bishop to allow them to celebrate Mass in the traditional rite, but in vain. The Motu proprio Summorum Pontificum does not seem to have reached Cremona.

The predecessor of the incumbent Bishop, Msgr. Dante Lafranconi, appointed by John Paul II in 2001, did not want to know anything about the "Latin Mass.” His successor does the same. The episcopal behavior of Cremona shows, according to NBQ, "that many Italian bishops have a veritable phobia against the Latin Mass."

A new attempt after the Bishop's change

After the change of bishop took place, a new group of believers made an application in the hope that now the time would finally be ripe. On March 27, 2017, the answer was given by Bishop Napolioni:

"This request was already made to my predecessor, who saw in the diocese the conditions were not met to be able to accept the request and it was therefore refused, especially due to the fact that in more than 40 years the implementation of the liturgical reform of the Council throughout Diocese was adopted in peace. " 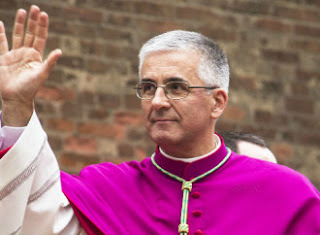 The faithful tried to make the bishop understand that there are a considerable number of believers in his diocese who have this desire. This is verifiable, because the faithful sought refuge in the monastery church of the Barnabites, which is thus not directly under the episcopal jurisdiction, where a priest after the repeated rejection of the bishops declared to celebrate in the traditional rite.

The bishop was unimpressed. He affirmed his refusal and cited the Barnabite priest himself. He reproached him severely and demanded that he bend down and stop the celebrations. Otherwise, he is guilty of a break in the ecclesial community. All arguments did not help. The bishop remained inaccessible. Since he did not want to bow, the religious was banned to celebrate sine populo two weeks ago. The Motu proprio Summorum Pontificum excludes private celebrations from any restrictions. The Barnabite the. capitulated. The faithful are back without Holy Mass.

"What problems does the bishop have?"

Since Summorum Pontificum, the bishop is no longer entitled to express approval or rejection. It was like that before, but it has not worked since.

"The prevalent liturgical creativity and pastoral relativism are prevalent everywhere, but that does not seem to be a problem," says NBQ.

The believers now receive support from an unsuspicious side.

On March 6, Giovanni Battista Cardinal Re spoke up. He was , until 2000, Substitute of the Cardinal Secretary of State and then until 2010 Prefect of the Congregation
Of Bishops. Since 2017 he is Cardinal Sub-Dean. In the local newspaper La Provincia di Cremona he was "astonished by the Bishop of Cremona" and stated: "The Tridentine Mass is allowed.” He adds:

"I do not understand the reasons, but I will deepen the matter. It is celebrated all over the world. "

On March 8, a tweet by Matteo Matzuzzi followed the Vatican newspaper of the newspaper Il Foglio. The journalist also did not spare a swipe that alludes to Pope Francis' judgments:

"I am not a visitor to Vetus Ordo Masses, but I ask myself: what problems does the Bishop of Cremona have for forbidding believers who ask him to do so, according to a rite authorized by a Pope? Who in this case is the 'rigorist',
who is guided by an ideology? "