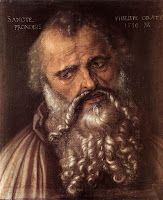 An international group of archaeologists are attempting to identify the grave of the Apostle Philipp in Turkey.


Lecce (kath.net/KNA) An international group of archaeologists are attempting to identify a grave of the Apostle Philip in Turkey. The resting place of the twelve closest followers of Jesus is located in Hieropolis near Pamukkale in the southwestern part of the country, reported the Italian newspaper >>Lecce Prima<< (Online Edition Monday). The scientific team has discovered a second church beneath the St. Philipp Church from the 5th century, which contains a Roman grave which was erected in the first century, explained the leader of the campaign, the archaeologist Francesco D'Andria of the University of Salento in Italy.

D'Andria describes the previous church as a hall church, a building whose aisles are as tall as its nave.  As to the identification of the grave of St. Phillip, the scientist is quoted by the paper as saying that it is ascribed to >>Tradition<<. The report described those taking part in the expedition as a team of 65 Italian scientists. The Apostle Philip should have suffered martyrdom in his 80th year in the vicinity of modern day Ukraine. Another tradition puts his death in southwest Turkey.