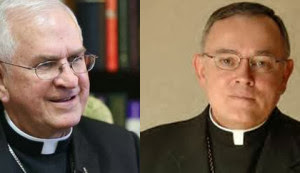 (New York) Archbishop Joseph Edward Kurtz of Louisville, Kentucky is the new chairman of the American Bishops Conference (USCCB). The choice of a "moderate" President and the departure after the election of the Deputy Chairman, and thus likely next chairman in three years, indicates the end of the ascent of the bishops, who were close to the renewal of the Church by Pope Benedict XVI. and trying to adapt to the new conditions under a new pontificate.

With the election of Archbishop Kurtz, the bishops are following tradition, where standing Vice President of the expiring term in office is followed in becoming the new President. Otherwise, it was three years ago, when the bishops broke with this iron law of the US Bishops' Conference by the election of Archbishop Timothy Dolan of New York. In 2010, the election of a liberal President was prevented. A fundamental choice of direction in a moment of confrontation with the Catholic Church and the leftist U.S. Government under President Barack Obama, who had taken office in Janaury 2009.

The term of office of the President of the U.S. Bishops' Conference lasts only three years. Re-election of the retiring President is not provided for.

But times have changed now. Obama was reelected, but that's not critical. There is a striking climate for change in the election of Pope Francis. Archbishop Kurtz is considered a "moderate" between "conservative" and "liberal" bishops. He was elected with 127 votes in the first ballot. The interest in the direction of struggle seems limited in the new situation.

The significant election result for the new President does not mean that he did not have competitors. Placed second with 25 votes Archbishop Daniel Cardinal Di Nardo of Galveston-Houston, a member of the "conservative" wing. The rest was distributed, each with a few more votes to eight candidates.

There was also a new Vice President elected. Two conservative bishops went to the ballot. The aforementioned Cardinal Di Nardo and Archbishop Charles Chaput of Philadelphia. Chaput belongs to the group of those bishops who are "creative conservatives". Who have taken during the pontificate of Benedict XVI a special leadership role in the public debate. Cardinal Di Nardo was elected by 147 votes with 87 votes against Archbishop Chaput. Chaput was the one who spoke last July that faithful Catholics would find it difficult to understand Pope Francis. 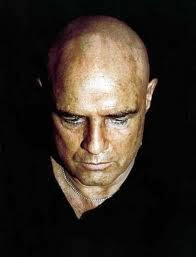 The election of Archbishop Kurtz  as President and the defeat of Archbishop Chaput as Vice President can be seen as an effort of the majority of the U.S. bishops to maintain or manufacture a degree of compliance with the new pontificate. Under these circumstances, the result for the Archbishop of Philadelphia is remarkable.

At the General Assembly of the USCCB, the Apostolic Nuncio to the U.S., Archbishop Carlo Maria Viganò emphasized the invitation of Pope Francis to tread the path of a "low church" which is based on "the love of Christ" and should be "built upon a coherent line of life and faith". That is the "royal road" of the people "to raise awareness of the truth of our message," as it says in a press release of the Episcopal Conference.