Vote For Aberrosexuality, Or Else — Minority of German Bishops Support Catholic Moral Teaching 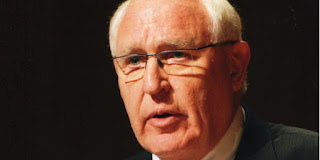 "Bätzing seems to be completely indifferent to a split in the Catholic Church, which has meanwhile also long since occurred." Guest commentary by Werner Münch

Bonn (kath.net) Not long ago, numerous believers breathed a sigh of relief when Cardinal Marx announced that he would resign as chairman of the DBK and thus also out of the synodal path.  Many members of the committees in which they had anything to do with him were relieved, because too often they had to endure the exaggerated, often angry and uncontrolled outbursts of their chairman.

A media wave of praise and sympathy preceded Bishop Georg Bätzing of Limburg, who was appointed to succeed Cardinal Marx for both offices.  His leadership qualities have been described as engaging, forgiving, and balancing.  If we use this as a benchmark for his previous term in office and judge it critically, then we must come to the conclusion that we have heard fairy tales.  Bätzing works like a political functionary, and it is no coincidence that the people who work with him compare his methods to "disciplinarian Herbert Wehner".  He is convinced of himself, resistant to advice and unteachable.  When it comes to his ideas for realizing the "right" goals of the synodal path, even Pope Francis is not taken seriously.  When in his letter to the "pilgrim people of God in Germany" he called for a new evangelization as the main goal of the synodal path, he received the cynical answer from Bätzing that that was exactly the program of the synodal path, which, like everything  else, which as everyone knows, isn’t true.  As proof: When Bishop Voderholzer and a few other bishops made a motion at the 1st Synodal Assembly to set up such a forum, this request was rejected.  Bätzing seems completely indifferent to a split in the Catholic Church, which has long since happened.

Other examples that prove that he lacks any form of self-criticism should be mentioned without claiming to be complete:

1. Bätzing tried several times publicly, to accuse Pope em.  Benedict XVI of lying - even after his employees had long confessed that they had made a mistake in one point of Benedict’s research and that Benedict had publicly apologized for it.  The aim of this attack by Bätzing was to prove that Benedict was partly to blame for the failure to deal with the abuse when he was bishop in Munich, which failed miserably.

2. Bätzing gave free rein to his impatience in the case of Cardinal Woelki, whom he regarded as his determined opponent in the synodal path, by publicly urging the pope several times to make a decision about Woelki, i.e. finally him as a cardinal from Cologne  recall.  He didn't seem to notice that this request was becoming more and more embarrassing for Bätzing, or he didn't want to.

3. It may be that Curial Cardinal Kurt Koch did not express himself clearly in his comparative presentation of positions from the Nazi era and the contents of the synodal path.  But is it fraternal coexistence among shepherds that Bätzing immediately demanded a public apology from Koch, and if this was not done "immediately" then he would immediately "lodge an official complaint to the Pope"?  Can't one first try to solve this in a more discreet way, as would be more appropriate to the offices of 2 Catholic pastors?

4. When foreign bishops (from Poland, Scandinavia, USA, Canada, Australia, Japan and other Asian countries to highly recognized representatives of the Benedictine monastery in Heiligenkreuz in Austria) competently and critically deal with the content of the synodal path in Germany, is it the right way to brush them off according to the motto: It's a pity that you don't understand what it's all about?!  Such a reaction speaks of arrogance and hubris.  Perhaps it is therefore good that, according to a recent survey, 72% of those questioned answered that the name Georg Bätzing was unknown to them.

5. In the 4th Synodal Assembly from 8th to 10th October, the text on the liberalization of Catholic sexual morals was rejected in certain votes due to the 1/3 blocking minority of the bishops specified in the statute.  Participants reported that they were under pressure even before the vote (one participant said: “I've been scared for months”).  After the vote, the bishops who had not agreed to the proposed text were summoned behind closed doors.  In the plenum there was “head washing, victor's fists, reproaches, protest posters, nervous breakdowns and insults such as treason!  snipers!  Cowardice!  Laziness" (see "Die Tagespost", September 15, 2022).  After the rejection of this text, which broke with the previously valid sexual morality of Church teaching, Bishop Bätzing defiantly announced that he would nevertheless implement the rejected paper in his diocese in Limburg and also present it in Rome.

And from now on the screws were tightened: A request for a secret vote, which must be submitted by at least 5 members, was also submitted in the assembly, but was rejected after a vote with a large majority, although a vote on a request of this kind is expressly not intended. Now the deviants (“traitors”) could finally be arrested immediately.

Now we wait and see how courageously the pope will deal with the episcopal heretics.  The German bishops' ad limina visit in November is a good opportunity for him to take a clear position.

Robert Cardinal Sarah bitterly said the following after this synodal assembly: “What is happening in Germany is terrible.  One has the impression that the truths of faith and the commandments of the Gospel are put to the vote.  By what right can we decide to renounce part of the teaching of Christ?” (quoted in: “Die Tagespost”, September 15, 2022).

The result of Georg Bätzing's administration is devastating.  His management style is extremely authoritarian because he doesn't leave the slightest room for dissenting opinions.  It is not certain how much longer the bishops, priests and laity will put up with this.  However, demands from the laity for corrections towards a synodal cooperation are hardly to be expected, because they were selected according to the principle of guaranteeing a "secular majority".  If now, after the end of the synodal path next spring, the already elected "synodal councils" monitor and demand the implementation of the resolutions of the synodal assemblies - one is still pending - the Catholic Christian in Germany experiences a heterogeneous diocesan landscape in which he can  can no longer find some in his beliefs.  We have fallen into a terrible trap because Bishop Bätzing and his friends drove the Catholic Church in Germany to a wall.

Prof. Dr.  Werner Münch, is Prime Minister a.  D., and member of the Board of Trustees "Joy in Faith"

The world
has gone mad.

Synodal weg in Germany is the result of decades of oppression by the American deep state. Germany and the Catholic church in Germany are both defeated and occupied American territories.

Haven't seen Chase in a movie for quite some time.
Now I know what he's doing.

"Why does Bäzting look like Chevy Chase?"
Bozo at 8:51 AM sets a new benchmark for future EF discussion. Well done, Lizard brain. You get a free pass to the next Family Vacation movie.

Bätzing should go on a permanent vacation.

He needs to be put to sleep

"He needs to be put to sleep."

Show him how, BoBo

"Signs of the times" as a source of revelation comes straight from "misery and despair." Seems to me Bergoglio agrees w/Batzing and not w/Koch (one of those progressivists who are uncomfortable w/full revolution of VC2 where Church is just an instrument to serve the devil):

"In fact, the core theology of Gaudium et Spes is much more than the debate between neo-Augustinians and neo-Thomists, and an oversimplified characterization of the divide between the two trends can misrepresent the meaning of the text. The theological method of “the signs of the times” did not receive the enthusiastic approval of the progressive majority at Vatican II.Footnote 15 As Bishop McGrath (one of the most important contributors to the drafting of Gaudium et Spes) wrote a few months after the end of Vatican II, “Never before had a council addressed the secular aspect of Christian life in this broad and systematic way. . . . The traditionalists looked at the proposal with suspicion and with a humorous disdain. . . . But the progressive theologians [who drafted Lumen Gentium] also rebelled against all that could amount to an empirical consideration of the world. They insisted that the council had to proceed with the accepted theological method.”Footnote 16

Gaudium et Spes manifests the “Copernican revolution” of Catholic ecclesiology for the relations between the church and the world:

Inspired by no earthly ambition, the Church seeks but a solitary goal: to carry forward the work of Christ under the lead of the befriending Spirit. And Christ entered this world to give witness to the truth, to rescue and not to sit in judgment, to serve and not to be served.Footnote 17

What follows, in §4, is the best-known passage of the beginning of the pastoral constitution. It includes the expression “the signs of the times”—one of the hermeneutical principles of Vatican II:

To carry out such a task, the Church has always had the duty of scrutinizing the signs of the times and of interpreting them in the light of the Gospel. . . . Today, the human race is involved in a new stage of history. Profound and rapid changes are spreading by degrees around the whole world.

Discerning “the signs of the times” is not just about being aware of world events; the signs are a new “semiotics of time.” In other words, “the signs of the times” reflect the recognition that there are facts of history that a credible presentation of the faith cannot dismiss without losing its credibility.Footnote 18 This is the real meaning of the qualification in the second sentence of §4 (my emphasis): “In language intelligible to each generation, the Church can respond to the perennial questions … about this present life and the life to come, and about the relationship of the one to the other.”