Woman Builds Altar to Her Abortion 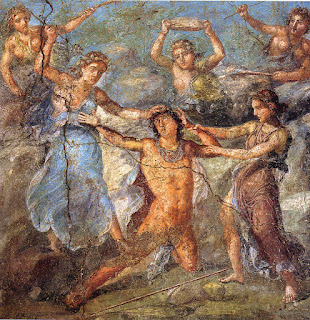 Edit: while the likes of Mark Shea and the rest of the lowlifes at Patheos are embracing the Satanic aberrosexual vision of Cardinal Bernardin, this woman is literally winning people over to the pro-life position by her feminizing insanity.

It brings to mind the story of Pentheus, the King of Thebes, who laments the fall of Thebes to the spell of the god Dionysios. As he attempts to confront the revels of the Bacchanalia, he is torn to pieces by his mother anb her sisters in a frenzy of madness, thinking him a wild boar. His mother only realizes what she’s done when she awakens from the trance and sees her son’s head in her hands.

One of the most interesting things I’ve read in a while. 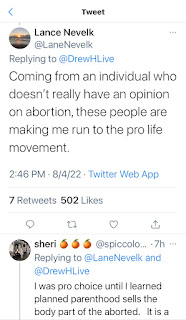 The world is sinking into barbaric paganism ,and calling it progress ,the temples of today are sterile and white,but no different from the pagan temples of the past where butchers slayed their victims,except today they have far exceeded those of the past.

Wacko Shea loves abortion now. He is all in with Drunk Pelosi and Demented Brandon.