Heir to the Throne of Brazil Passes 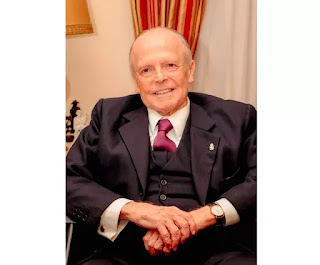 Edit: what will this mean for TFP and monarchism in Brazil?

[Brazil] The devout heir to the Imperial family, died this Friday (15), aged 84, in São Paulo, according to the secretary of the Imperial House of Brazil. The celibate, saintly monarch died without issue.

Princess Isabel's great-grandson, Dom Luiz had been hospitalized at Hospital Santa Catarina, in central São Paulo, since June 10.  His health status was considered irreversible by the medical team that accompanied him.  During the period of hospitalization, he has already had two passages through the Intensive Care Unit (ICU), and, since Sunday (10), he was in a room.

"We fulfill the painful duty of communicating the death of His Imperial and Royal Highness Prince Dom Luiz de Orleans e Bragança, Head of the Imperial House of Brazil, who, today, July 15, 2022, in the city of São Paulo, at 84 years of age, comforted with the Sacraments of the Holy Church and the Apostolic Blessing, God Our Lord saw fit to call to Himself", says a post on the social network of Casa Imperial.

Are there any successors, from cousins or more distant family?

His brother, Dom Bertrand will succeed him.