Was it only a paper moon? 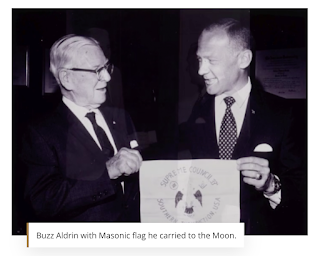 BS. Buzz Aldrin had communion on the moon!
🌚

Buzz was an Episcopagan and a Freemason. Any
Moon communion was just cookie 🍪 worship.

I didn't know Patrick ⚰️ was a Mooney! That 💩 wouldn't fly at Catholic Answers.

Did I miss it, or did either address this?:

From the actual Rumble page:

Did we actually go to the moon? His new book, Moon Man reveals, for the very first time, a military eyewitness’s deathbed confession of where "Apollo 11" was filmed, the CIA codename, plus Sibrel's bizarre espionage adventures of being drugged and kidnapped by the CIA.

Bart Sibrel is an award winning filmmaker, writer, and investigative journalist, who has been producing television programs, documentaries, music videos, TV commercials, and stage plays for over thirty-five years, starting at the age of eighteen, hosting his own television talk show.

Very entertaining. Thanks for posting

So who says that some guy on his deathbed wouldn't lie his ass off?
That crap plays in the Movies. In real life....you pretty much die as you live.

Create your own Blog and remove posts.
You don't have to read/listen to it.
You sound like some bossy fag.

Take this post down or have it reported to the FBI, NASA, and Google.

You have been warned.

Oh, I'm terrified.
Go have one of sissy Steve's gummies and calm down.

Where Steve has gone, you will most certainly follow only you with a whimper.

Oh NO !!
The sky is turning purple here and large clouds of gas are shooting out of the fractures in the earth's crust!
SAVE ME! SAVE ME!

Holy Steve is what you are, Flaybrielle.

I’m still looking for the Joo in all
of this. Could be on either side,
maybe both. How come they blew
up that Israeli astronaut on the
Shuttle? Why did Coffin mention
the USS Liberty?

Coffin has always been a j*w kisser.
As have most of the rest of them.
They even have Tay-Tay terrified to mention them by name.
And rough-tough Thug G. won't dare tangle with a j*w.

Coffin is really so precious.

How did this thread drift to the Holocaust?

Dear Concerned Bot: Coffin came close to naming them by by bringing up USS Liberty.

Wow. Some of these responses are bizarre, to say the least. "You have been WARNED!"??? WTHeck. Just don't visit the site if you disagree with it, stop threatening...what exactly, and WHY?? A premature death, like Breitbart, Michael Crichton, Dave McGowan, JFK, Jr, and others? And, yes, the USS Liberty was attacked by Israeli planes even though plainly a US ship, with LBJ himself ranting he wanted the ship sunk.
I've thought the moon landing was a hoax for yrs, but was really convinced by McGowan's "Wagging the Moondoggie" report. https://checktheevidencecom.ipage.com/checktheevidence.com/pdf/Dave%20McGowan%20-%20Wagging%20The%20Moon%20Doggie.pdf
Also highly recommend his book "Weird Scenes in the Canyon", about the very odd coincidences of the '60's rock scene, and rock performers having a common military/intelligence parental background.
And then there is Kubrick's weird set references to Apollo in "The Shining".
Good for Coffin.

This has tobe the strangest post on this site.

Okay. You’ve had your fun. April 1st has
long passed. Kindly take down this post.

Why haven't you taken this down yet???

Why is this still up?