Bergoglio Has Caused a Doubling of Old Catholics 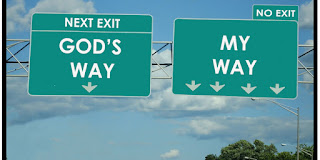 Laicized monk: "When the big no from Rome in the final papers of the synodal path is here."

Anselm Bilgri was dismissed from the clergy as a punishment by Pope Francis and is now campaigning for the Old Catholics.

Munich (kath.net) "I can imagine that the Old Catholics, when the big No from Rome to the final papers of the synodal path is there, will get a large influx of all the disappointed ones." Pope Francis explained this as a punishment.  Ex-Prior of the Andechs Monastery Anselm Bilgri, who was released from the clergy, told the "BILD".  The 68-year-old Bilgri "married" his longtime boyfriend a year ago.  Bilgri apparently blames the actual responsibility for the break in his own life story on the Church officials: “These officials are in such a bubble and only follow their own rules, they no longer notice anything else.  All of this completely ignores the reality of society.”

After leaving the Roman Catholic Church, he joined the Old Catholics and is now a volunteer priest. Most things here are “as I know them”.  He just has to "get used to certain peculiarities - to small formulations that are different than he is used to, to other melodies, a different singsong," Bilgri told the "Bild".  Incidentally, the words “Jesus Christ” and “Bible” did not appear in the newspaper report.

The "Bild" further reports that in the past year the Old Catholics recorded twice as many admissions as in 2020.