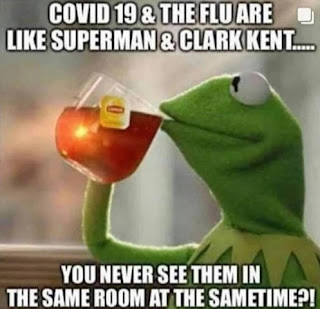 Things are mounting to crash-level madness. Afghanistan is a complete fiasco (maybe the powers-that-be intended just that to happen? Part of a far bigger plan?). People are fed up. Even Donald Trump was booed at his mega-rally in Alabama when he tried to encourage people to get 'vaccinated'. I'm glad. Someone needs to get it through his head what's going on. (If the "vaccines" turn out to be half as half deadly as many are predicting, then Trump will be dead politically, but we'll have to wait for that to develop.)
I see the FDA is going to approve the Pfizer "vaccine" as early as today, regardless of all the injury and death it causes, and regardless of the fact that Pfizer lost the "control group" and regardless of whatever "good" effects it is claimed to have, they're limited, and have to be propped up with continual "booster shots". I would expect a number of legal people to file emergency stay petitions with various courts. But once the FDA (as political an organization as any) gives its approval, suddenly government will have legal force to compel vaccination.
Microbiologist Dr. Sucharit Bhakdi details "vaccination" effects.
Information from Israel, Norway, etc., i.e. heavily vaccinated countries, is revealing that the so-called "Delta variant" is NOT a product of the unvaccinated, but rather a product of the vaccinated. This is just incredible, but absolutely true. Yet, the forces of government grind ever on to force everyone to be "vaccinated".
The news from Australia and New Zealand is insane. Absolutely, purely insane. (Lots of video.) The police in Australia are beating more people than the Taliban are beating in Afghanistan. I read about a couple of runners, joggers, that were chased by a helicopter, chased to their home and the chopper stayed over their house, preventing their getting out again.
Meanwhile, Australia's truckers are getting ready for a strike. They, the "Long-haul truck drivers, "are not permitted to stop and eat, or shower, or rest outside their vehicles by orders of the government." That is insane. So they're going to try a nationwide shutdown.
Thousands have been arrested, shot with rubber bullets (nasty things, if you don't know; they're huge and dangerous) sprayed with tear gas or pepper spray, and so on. 60 people, the entire congregation at one church, were arrested. Absolute madness. And all this, according to world meters, for a total of 984 deaths (supposedly) due to Covid, or 38 per million. My friends, this is madness!
For just one great video of Aussie man-on-the-street interviews, click here. "You won't see this video in the mainstream media". The interviews begin at about 55 seconds in. At 7:08, especially, watch the Anglican priest's speech. Excellent!
.....Continues at CCC
..
Posted by Stop Voris at 6:54 AM