What Do Academics Talk About in Hell?

Dante tried to teach us long ago that many clerics, including (the majority of?) popes, justly go to hell when they die. Those of you who enjoy reading this blog, no doubt, will agree with such divinely-established exclusivity. Nonetheless, what the bishops talk about at their annual meeting down there must be so intolerably dull that no sane human being would ever want to listen in. No doubt, it would involve mercy and social justice for ordained pedophiles justly accused of non-consensual sodomy with a minor. But what happens when chic, trendy, liberal, and (surprisingly-but-somehow-not-so-surprisingly) ignorant academics in the humanities end up in hell? Would their discussions ever be worth listening to? That question has inspired your favorite EF humorist to come out of retirement to relieve the tedium of our own time. In the midst of so much suffering, why not have a laugh in the spirit of Dante?

As the damned academics assemble, they take in the newest book about Mary Queen of Scots. She is still an acceptable subject of discourse, because even if she was not biologically female (how could we know that for sure?), still she identified as a woman. Nonetheless, she was white, moneyed, and often empowered, so she will not be considered acceptable for discourse at next year’s conference. Naturally, straight white men were excluded three years ago, because the presence of any hetero, white, biological male who identifies as a man necessarily creates a hostile environment for anyone deserving of free healthcare under the Biden Administration. 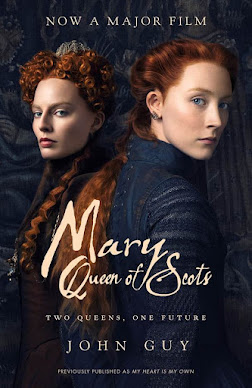 In light of the book’s cover, a gay man (henceforth, Gay Academic 1, aka GA1) asks: If these ladies could talk, what would they say? Two other gay men join in on the conversation:

GA2: Redheads do it better.

GA1: But to clarify: What is it that redheads do better? And given the fact that we’re talking about two British ladies, shouldn’t you say ginger, not red?

GA2: I’m removing myself from this conversation. Given the gross racial/ethnic trichological insensitivities, I no longer feel safe. Caring for myself is not self-indulgent; it is self-preservation and an act of political warfare.

GA1: If you can’t engage in the discourse required by your position because of your emotional incontinence, you are not qualified for your job and ought to be fired. I don’t believe in your non-right not to do your job just because it requires that you learn to develop the emotional maturity required to live in the emotionally unsafe places of authentic discourse about the issues we are politically and ethically obligated to discuss, including trichology. Your remarks are culturally and linguistically insensitive, and hence colonial, and also probably racist.

GA3: As a ginger-adjacent-identifying queer person, I think my voice being left out of this discourse is part of the larger systemic issue of ginger-erasure. I hold neither of you accountable for having this conversation over me. These are inherited systems of power, after all. But I would like my voice to be heard, nonetheless. In this context, however, I do not feel at liberty to discuss what it is that gingers do better, but I would like to have that conversation separately, perhaps over cocktails.

Why must you insist on perpetuating patriarchy? Putting words in the mouth of women who aren’t here to speak for themselves effectively renders them voiceless. Your presence at this conference is offensive, because you are male. OUT!

With that, conference security arrives to force the gay men away. To do what they can to dismantle white fragility and maleness, the conference organizers then decide that at next year’s conference, all biological males who identify as men (including gay men) will be excluded so as to create an inclusive, affirming, welcoming, and safe environment for all.

Posted by Maximilian Hanlon at 12:27 PM