Gary Voris is a Twit 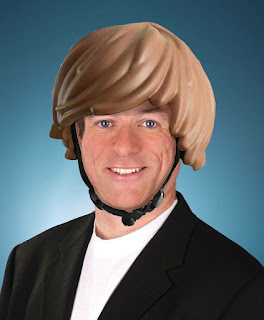 Many will recall that when Gary the Fairy went public with his aberrosexual history, he appeared to be doing so to get out in front of the release of that news by the Archdiocese of New York.   Sources he never revealed told him the archdiocese was about to do this and he just had to come clean.  Up until that time, he had his staff continuously expunging comments alluding to his past on the Real Catholic TV website.  The task was quite onerous.  But, it was all an open secret among those he had shared his much touted career in secular news reporting.   Many will also remember his reticence immediately prior to the announcement and for several days afterwards.  When he did appear, he was visibly shaken and it looked like the effects of HIV had intensified.  Former fans and donors thought he would never rebound.

For weeks prior, he had been hitting Dolan and the Archdiocese hard; on a daily basis.  There was a lot of merit in what he was doing and they had it coming.  Still, the motives seemed very vindictive and personal.   It was all out of proportion during a time he  would brook no criticism of Francis.  Still, the idea that New York was about to do him in was a paranoid delusion.  He wasn't on the radar at 454 Madison, and up the road at the insular Dunwhoopie, few had ever heard of him.  Gary just wasn't as famous or infamous as he had fantasized.  No, it was his past that was doggedly pursuing him.

Now, he has unleashed himself upon the SSPX.  He seems driven by a rage not unlike the one we witnessed four years ago.  What is driving him?   I, for one, would be happy to find out that the SSPX is sitting on something very embarrassing to him.  But, then I realize, he has no shame.

The motives of his sidekick and erstwhile stalker Budgie Niles are equally suspect.

This blog goes downhill every day. What a disgraceful publication.


You know Virus is a plant because despite the sexabuse coverups, evil sodomites, abuse of power, banana republic corruption surrounding Bergoglio’s suite, he can’t take time away from making stuff up about the SSPX and calling people “Nazi” to cover it. His aberrosexual temperament is laid bare!

sitting on it for awhile....LOL!

Voris reminds me of a jealous wife from the 1600's who is enraged that her husband spends all his free time at Mass and with his devotions.

The dead Jesuits from the 1600's always pointed these foolish women out.

I wonder if Gary's lost one of his past "buddies" to the SSPX. If so that buddy must of truly converted whereas Gary is still a Fairy.

Voris is acting like a jealous wife raging against her devout husband....

Greater Detroit has a very dark history, and has suffered the loss of many souls. Memory of the place gives me great sadness.

dxv515
I've wondered the same thing. Could his flirts with members of the SSPX have been spurned? I don't know what to think. Anne Barnhardt heard him refer to certain poofs as "Wide-assed faggots." She later discovered that this was a term that Gay-Bucks used to refer to Gay-Does. But Gary admits to having AIDS and impotence. Would he consider becoming a wide-end-receiver? He is known to frequent the gay parish in Detroit and hang with his old "husband" according to Opus Dei sources (another group he has recently turned on).

Jonah Great blog you have there. Why not have Tancred add it to the blogroll??

We know that pederasty has been the dominant form of homosexuality throughout history.
Why isn't anyone asking if Voris had relations with minors? I'd be surprised if he hadn't. Remember how his instituted the "Pause Program" immediately after his revelation for teen boys and young men?

In the last 1/2hr, Barnhardt addresses Voris' self destruction on Twitter and explains how it is the predictable path of homosexual narcissists in their final days. She speculates that he may have had a relapse.
https://www.barnhardt.biz/2020/08/14/barnhardt-podcast-120-sidetracks-at-the-saltwater-canteen/
Then, she compares his changing appearance with the way Fr. Corapi made himself look like Anton LaVey in his final days.

I heard that. It was great if you can take Ann

Homosexuals are mentally/emotionally impaired from the git-go.
The Catholic Church is correct when it states that the behavior is intrinsically disordered. It affects all aspects of their personality. It is only through God's Grace that they can control the disordered thinking and behaviors.
They should never be in a position of influence, most especially anything dealing with the Catholic Church. The lifelong battle to quell the demons of homosexuality should be done privately with spiritual direction in the Sacrament of Penance.
Do not ever give these people the stage, in matters spiritual.
You can see what happens.

Barnhardt must be reading this blog. She used to hate the SSPX and accused them of anti-Semitism. Sounds like she has received a good education from Super Nerd.

It doesn't surprise me. Ann has gone through a lot of changes since her recent conversion. She was even into Theology of the Bawdy at one time.

“Nothing is more dangerous for beginners in the spiritual life, than to wish to play the master, and to guide and convert others.” –St Philip Neri

“Beginners should look after their own conversion and be humble, lest they should fancy they had done some great thing, and so should fall into pride.” St Philip Neri


Excellent analysis Tancred. Sad but amusing seeing Dolanites vs. Vorisites it was an ugly cat fight. Why indeed is he now attacking SSPX? Follow the money and Naz. sound bites.

Maybe he has heard SSPX parishes are dissuading their congregations from donating to CMTV?

Ann is involved in too much gossip.
Pray for Ann,M.Voris,yourself a true Catholic Pope/Hierarchy.
-Andrew

Lol, Jonah is on my blogroll for about 8 year now.

This is Stop Voris but I agree that Gary is playing some kind of long game, badly.

Any idea on what his long game is??

One piece of advice for Mr.Voris is to stop bashing Trad-Catholics who attend SSPX.
Newcomers to trad-chapels since 2017 are confused Catholics trying something new to better themselves and their families.
Insulting their leadership only ads to the turf wars and division within our 21st Century Catholic Church.
I say this as a proponent of the sedevacantist opinion and not a member of SSPX.
We all can support their efforts of keeping the Trent Priesthood and sacraments available for Catholics.
Andrew

I remember after Voris made the big announcement about his past he started up a programme with the awkward name The Pause .
Ostensibly, it was for vulnerable teens like Joe Gallagher to prevent them from falling away from the Church and into the clutches of hedonism. Cynically, I thought it was just an attempt to get cheap labour for the studio. It was pushed heavily and you saw many attractive young men, all white, scurrying in the background. Then, it quietly and quickly all went away. Did something funny happen? It’s politically incorrect to link homosexuality and the abuse and initiation of the under aged. If Voris is weak here, he should never be around young men.
Seth

Why fight among Catholics?

Did Franco ask: Why fight among Spaniards?

It pains me to defend Mr.Voris,given what he's stated about Sedevacantists +
SSPX-Resistance in the past.
It's possible 1 or more youngsters were insinuating potential black male artists or angry irate secular divorced mom's/dad's incensed over the other parent's decision to enroll them in said program.
In 2020 the possibilities are endless.
Lastly,it sucks to hear how the volunteers were nothing but Young White Male's.
Feminism and deadbeat lazy absentee Father's have destroyed young White Men for 2 straight generations.
If it was a genuine effort,I applaud Mr.Voris.
At least he tried to reach these young Men unlike the Church, School,Society,and their parents,especially Fathers.
God bless Andrew

Voris is a train wreck

I disagree. Many thousands of people support the good work done by Church Militant.

Also, I believe many people have seen "Mike Hunt". But it was a cunning stunt to use that moniker!