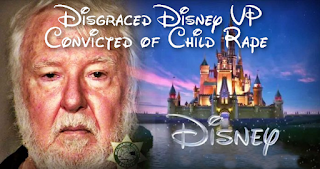 It's an epidemic of sin.

Millstones, millstones. I love children, all of them, all ages. It has become almost too much to bear, living on a planet with all these predators and monsters harming children. It is no surprise to me that we should have pestilence and all manner of chastisement at this particularly evil point in history. People say oh these times are no more evil than other times, but they are WRONG. These are just profoundly evil days, and what could be more evil than the explosion of demons enjoying the torture and corruption of vulnerable, innocent children.
God in heaven, please intervene in this rotten world that we have created, so that children and young people are protected from such evil people, who seek only to do them harm, amen.
These people put themselves in positions where they have close proximity to vulnerable children. Parents, grandparents, guardians, must now be ever vigilant with their children. Do NOT trust anyone, especially males but not exclusively, who show an interest in your child, give them gifts, want to take them out of your sight. Watch your child's behavior, and never say never.

We've been given the clergy we deserve,
Locusts are eating thru 2 continents,
A viral pestilence the eludes immunity is unleashed,
Global economic collapse is imminant,
....need I go on?

One more big master blaster.
God has stood-up from His Throne and thrown a large semi-metallic round in appearance black in color nasty looking thing at us.
Its coming....
Right between us and the moon its gonna travel..
Look up and look out..m

Is there an actual story to this?
Or just a picture.