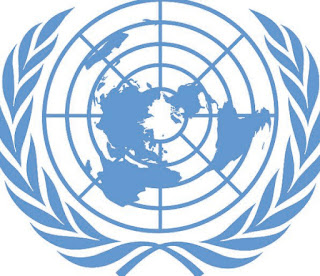 Easter is a time to rise from the polluted sepulcher of this world and to see things spiritually as they truly are. The Blessed Virgin at Fatima warned that if Russia was not converted through the daily Rosary and the Consecration of that nation to Her Immaculate Heart, the errors of Communism would spread throughout the world and even into the Church.

The fact is that Russia was never converted to the Faith, and what do we see today but the highest ranks of the hierarchy and even the pope engaging in political activism and advocating a policy of open borders for the advance of a communistic one-world government. Francis more than once has said that “it is the communists who think like Christians,” so we see clearly that Communism has made its inroads into the Church.

The Fruits of Ignoring Fatima

What opening our borders has done is to open the door to all the murder and mayhem we’ve been seeing in places like Germany, France, and now in Sri Lanka where 325 people were killed and 500 injured at the hands of Islamic terrorists on Easter Sunday. The Communist regime of Russia is simply using the Islamic element to execute its reign of terror while using Francis to sell the idea of a borderless one-world government.
In his May 2017 release, The Political Pope, Catholic author George Neumayr points out how Cardinal Jorge Bergoglio [Pope Francis] was virtually cradled in Communism and how his Communist formation is presently exerting great influence on the universal Church, so this Easter Season is the appropriate time for world leaders to come out of their sepulchers and recognize that Francis’ open border policy is abetting this redassault on the nations. https://onepeterfive.com/interview-george-neumayr-author-political-pope/

They've done it, they've managed to pump in tens of thousands of migrants into America, nobody knows how many are here now. And now we just find out today that money from Peter's Pence, the collection from Catholic Americans, is being given by the pope to migrants in Mexico, to sustain them on the journey here. As in Europe, the globalists have decided that dependent citizens who prefer socialism is better than a populace that is self-sufficient and is guided by a Constitution.

Yeah, well listen to your (catholic for a 1000 years) emperor, tankred (cause you got it all wrong):

reichsidee- supra national rule of law on the basis of subsidiarity

The Habsburgs, some of them sainted, have been defending Christendom for more than 1,000 years. I don’t think they or I have to worry too much about anything you have to say.

Russia?? How about the collusion between Pope Nope and China? Putin has built over 2000 churches. They may be Orthodox, but that’s better than torturing and killing Christians like in China.

The "Churches" that Putin builds are just political state houses to advance his Communistic aspirations. He only makes them look "orthodox" to fool the west. Putin has had much to do with Rome's betrayal of the underground Church in China. He oversees it.

Your emperor @40 seconds" “I think it’s very painful to see these nationalist movements really rising again. Because they are, of course, riding on the wave of very few topics. They are riding on the wave of immigration, of uh uh foreign cultures being strong in their own countries. These these are the typical topics that these movements are actually rising from. They don’t have a broad political program. They have only a program in very specific topics. And these are topics that will keep us busy for the next centuries. I don’t think they are going to go away—definitely NOT (and he laughs) in the way the different nationalistic movements are trying to deal w/them: by building up strong borders, by not letting everybody in the country, by getting rid of minorities. That’s NOT HOW IT WORKS! (emp’s emph) That’s not how Europe works! And that’s not how it worked in the past.”

[it’s less than a minute—so listen to it because your emperor's position directly contradicts this article--if HE is a defender of the Catholic Faith, then you are not. In the speech links I give above (at the TTU 'globalist' university) his brother talks about how his family ruled an empire of MANY faiths—and never mentions Christianity or God either one.]


P.S. The Habsburgs went to Pope Francis to get their mission (i.e. they asked him to tell them how to be Catholic)—Francis is of course for open borders, states God willed a diversity of faiths (i.e. Jesus Christ was a liar and is not the Son of God and that following His teachings is not necessary to have eternal life) and is for the destruction of Christianity. See your emperor in the front row:
https://catholicherald.co.uk/issues/november-18th-2016/the-21st-century-habsburg-mission/

I'm surprised at you, Tancred, I thought you were a lover of the truth, the whole truth and nothing but the truth so help you God.

I know you’re mentally ill because your sense of grievance and obsession doesn’t have boundairies, so you’ll talk about this even when no one else is interested and it’s off topic in a forum. That’s how I know you don’t matter.

Your post is entitled "open borders empowering assault on Christians"

Your emperor states that "building up strong borders, not letting everyone in the country and getting rid of minorities" will not solve anything. He thinks it will bring on WWIII.

Further your entire blog is based on grievance and obsession w/Francis and his henchmen destroying the Catholic Church and Faith. So I further point out your emperor is a fan of Francis. He takes his children and all his family's children to pose w/Francis and learn their mission from Francis.

So how is Francis an attacker of the Faith and Karl Habsburg (and his entire family) who take their Catholic mission from Francis a role model of Catholicism?

I can't see why you are more willing to admit the truth about the pope than you are to admit it about the Habsburgs. Surely, if you can expose Francis' crimes, why not expose the Habsburgs? God isn't a respecter of persons and that should be Whom you are seeking to please.

Karl is not anyone’s Emperor.