(Rome) By historical comparison, a journalistic and intellectual heavyweight is taking sides with Cardinal George Pell, convicted in Australia at first instance. Giuliano Ferrara, publisher of the daily Il Foglio, sees behind the condemnation of the cardinal an anti-Catholic campaign disguised as anti-abuse. It's about an operation that is of far greater dimension and importance. The keyword "sexual abuse" is in the concrete a particularly useful cloak for the media, in order to emotionalize public opinion.

On February 28, Ferrara wrote an editorial for the newspaper he edited:


"The case of Pell is the new case Dreyfus. The shame lies with those who now turn away. "

The allusion points to the Dreyfus affair in France at the end of the 19th century. In 1894, the French captain Alfred Dreyfus was convicted of treason. He was falsely accused of having spied for the German Reich, the archenemy of the French then. The captain was sentenced in 1894 to life-long deportation to Devil's Island, a convict colony off the coast of French Guiana. 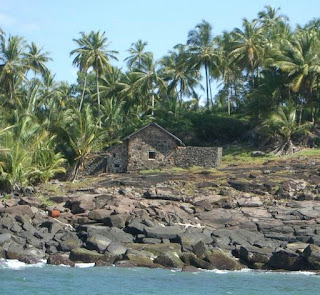 The affair was highly charged with emotions because Dreyfus, a Jew born in Alsace, was loaded up with the pent-up anti-Semitism. The conflict sparked over the entire French public. In the Dreyfus figure some circles sought to combat  Judaism. The case became the biggest political scandal of the Third Republic. Emile Zola's "J'accuse ...!" (I object ...!) Became famous in the defense of Dreyfus. His intervention slowly changed public opinion. In 1899 the captain's sentence was reduced to ten years. In 1906 his acquittal and rehabilitation took place.

For Giuliano Ferrara, the case of Pell is of the same dimensions. The conviction in Australia was a new Dreyfus case. In addition, the outright sedition of public opinion in Australia has to be remembered in an anti-Catholic sense, which accompanied the Pell case from the beginning. The well-known intellectual writes:


The Pell case "is an anti-Catholic campaign disguised as a fight against abuse.”

This is not a shame for Cardinal Pell, but those who now turn away in a hurry, change the side of the street and keep quiet about the new case Dreyfus.


"Today hell broke out against Cardinal George Pell, and he runs the risk of ending up in hell [like Dreyfus on Devil's Island] because the prevailing unity of thought about him wants to bring the Catholic Church and its morality to its knees as the last obstacle or potential opposition to global unification in a new, de-Christianized gender and reproduction credo. "

Giuliano Ferrara comes from a liberal family tradition. His parents joined the Communist Party and the Partisan movement under the influence of the fascist dictatorship and the Second World War of 1942. His father became editor-in-chief of the Communist party newspaper L'Unità after the war, Communist Senator of the Italian Republic and head of Lazio Region. The mother was for many years personal secretary of Palmiro Togliatti, the Stalinist leader of the Communist Party of Italy (1927-1934 and 1939-1964). Ferrara himself was at the forefront of the 68 riots and then became a full-time party official of the Italian Communist Party and fraction spokesman in the municipal council of the communist city of Turin. In the 80s, however, he increasingly distanced himself from communism, switched to the socialists and finally in the 90s to Silvio Berlusconi's Forza Italia. During this time, he also made an approach to the Catholic Church under Pope John Paul II, for which he found a special veneration and solidarity for Pope Benedict XVI.

In 2008, Ferrara initiated an initiative for an international abortion moratorium, but it remained unheard of by the dominance of the abortion lobby.

The condemnation of Cardinal Pell, on which Ferrara is to make an example, sees him as part of a gigantic, anti-Christian cultural struggle. In detail, in his editorial he dissects the allegations against the cardinal and his "scandalous" conviction for a "secret abuse victim." That is a modern "witch hunt".

As early as February 27, Ferrara had criticized the Vatican's reaction to the conviction of Cardinal Pell. He accused Pope Francis of having "capitulated" and already "preemptively" condemning those in "future" in anticipatory obedience. This is an unacceptable approach in a time of increasing undermining of the rule of law, which deserves this name and is not just the product of the powerful right now.

Pell is guilty of covering up for sex abuse in his diocese for decades, was caught lying about it on national television and was number three in the Vatican—not possible unless Francis has dirt on you. This case was a showtrial, but Pell is not clean by any stretch.

Thank God countries like Australia conduct themselves according to the rule of law and not some kind of reactionary conspiracy theory ideology. George Weigel came out with this stuff last week in First Things, nearly verbatim.

@AMalek - Cd Pell is by no means perfect but he was the first prelate to put relevant procedures in place.

@Peter W - (1) In my opinion, no reasonable jury could possibly have come to the conclusion reached given the facts presented - i.e. that there could be no reasonable doubt that Pell committed the alleged assault in what would have been a crowded sacristy at the cathedral after a Mass celebrated by the Archbishop (i.e. no small parish Mass scenario) for the 6 minute period of time the abuse was alleged to have taken. Leave alone the question of the layers of heavy and cumbersome vestments which would surely should have effectively rendered impossible the allegations as to how the assaults occurred. Should the evidence of the 20 or so witnesses who testified as to these issues be summarily dismissed? (Apparently so, according to the jury.) Was the rational distinction between "choir boys" and "alter boys" ever given weight by the directing judge or the jury. (Apparently not.) All Mass-going Catholics will clearly understand this important difference with the focal point being that choir boys have no business whatsoever EVER being in the sacristy. (2) The role of the Victorian police service in all this provides fuel for the conspiracy theory conflagrations. Bizarrely and without precedent, as far as I am aware, the police force took it upon themselves to assume the role of a secret security service (imitating the KGB?) in taking upon itself the task of creating a file out of nothing to get dirt on the good cardinal. Let's be clear on this - despite lack of any charges, VIC Police embarked with religious fervour on an unholy crusade to "get Pell". To show just how warped an organisation this is, you need just consider their recently uncovered complete lack of ethics in signing up prominent defence lawyers to snitch on their own clients (whose interests those lawyers are meant to uphold and whose confidentiality they are bound to keep, on pain of disbarment). Not to mention their long-held MO of "shoot first, aske questions later" - literally! To be clear, the trial was the result of the dogmatic efforts of the VIC police to "get Pell". And why? Because he created numerous enemies in the left-wing, liberal, homosexualist establishment simply by strongly defending the faith. (3) My confidence in the Australian judicial system has taken a bit of a hit after this trial - and I disclose that I am a practising Australian lawyer. A successful appeal will go a long way to restoring that confidence.

It’s ridiculous to try someone for crimes allegedly committed twenty years ago.

Not only is the case against the innocent Cardinal George Pell ridiculous but is a clear indication of how so called intelligent people are reduced to idiots because of their prejudice against a man for who he is and the religion he represents.

Let Pray for a Good CARDINAL for his safety in the Prison,May GOD Protect and Guide him Remember our Good Lord say the will persecute and put you in Prison for My Name.You are in my Prayers, good CARDINAL


AMalek said... March 22, 2019 at 5:24 PM
Your post is incorrect, Clearly you have no idea what was happening during the 80s & early 90's. Pell was out of Little's inner circle of the modernist squad. If you only knew what went on back then, you would know Pell was left in the dark. Imagine a criminal sharing with police all the crimes he/she have committed over the years and where their next crime is going to happen.. I don't think so! That's how it was back then, Little (head of the modernist squad) protecting his sad cased wolves and Pell along with many other good priests were left in the outer-circle and feed bull. That's how it was and this poor man is now paying the price, over and over again for the real wolf/ wolves inside the church. Unbelievable, totally unbelievable!
Joan Jones.

It’s too bad for Pell’s defenders that some of his other victims, including adults, are so credible.

When George Weigle defends someone, you just have to wonder...