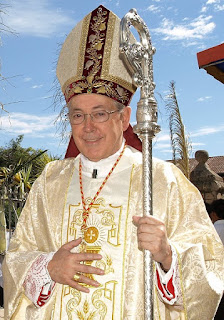 Why do we allow popes to appoint our bishops? That's not historical and it's not right.

Yeah, they should be chosen by elderly, environmentally conscious baby boomers and former RAF members.

Voice from the roof top said...

There used to be faith in the Catholic Church then to, the Faith.


he appointment of bishops in the Catholic Church is a complicated process. Outgoing bishops .... In the early 20th century papal appointment of Catholic bishops was an almost ... bishops who have reached 75 years of age, the usual decision is to accept ... I trust that you will understand that I cannot depart from this practice.
https://micomunidadcatolicaglobal.com/