The Price of Modernism is Paid for by Innocent Men

[Catholic Herald] Every Priest’s nightmare just happened, and it’s a story of what’s happening with this media-orchestrated pogrom being built up against Catholics by the fourth estate and it’s masters.  For those of you clamouring for more secular control, don’t imagine there will be less corruption and sexual abuse.  In this case, a Byzantine Catholic priest was attacked on Monday in the sacristy of his church in Merrilville, Indiana by an anonymous thug... 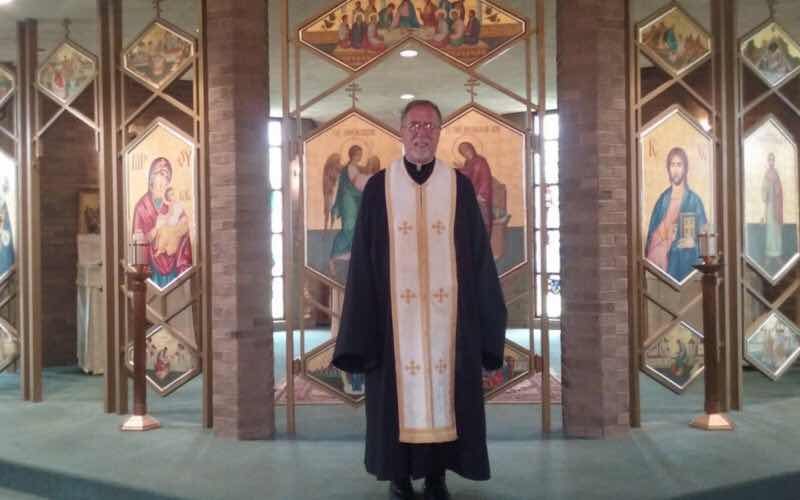 The priest, Father Basil Hutsko, suffered a concussion in the attack at St Michael Church, and the extent of his injuries is currently unknown.

The illusive attacker approached Fr Hutsko from behind, and choked him unconscious, according to Fr Thomas Loya, director of the Respect Life Office for the Byzantine Ruthenian Catholic Eparchy of Parma, Ohio, and a member of the eparchy’s presbyteral council.

In a Facebook posting after the attack, Fr Loya said, “The attacker choked him and slammed his head to the ground. Father Basil lost consciousness. Before going unconscious, Fr Basil heard the attacker say, ‘This is for all the kids!'” – a reference to clergy sex abuse scandals that have resurfaced in Pennsylvania and elsewhere.

Hutsko, who is in his 60s, is not suspected of any abuse, Fr Loya told Catholic News Service in an August 21st telephone interview.

Fr Loya said Fr Hutsko was alone in the church after having finished the morning liturgy at the time of the attack. The assailant “must have been pretty strong, because Fr Hutsko is a pretty healthy, strong guy,” he added. The attacker wore gloves, Fr Loya noted. “He was smart enough to not leave any fingerprints.”

Father Loya said, “All clergy now have to be vigilant. Not paranoid, but vigilant,” he added. “It’s time to witness.”

Perhaps we also need to be more vigilant before we uncritically air narratives concocted by self-serving journos like the opprotunistic Rod Dreher, the editors of media giants like the New York Times and the Boston Glob?

Kreuznet was fond of saying that those who write these legends reap shattered stain glass, burning churches and murdered priests.

There appears to be much more to the story (which seems to have changed) about this alleged priest being attacked.

It’s a lot more likely that some moron is attacking an innocent man.