Mystic Saw Two Popes and The Protestantization of The Church 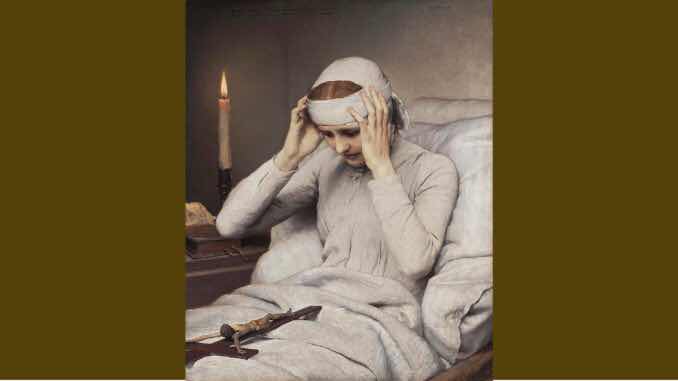 (Coesfeld / Rome) On October 3, 2004 Pope John Paul II raised the German nun Anna Katharina Emmerick to the altars by beatification. The Blessed was born in 1774 in Coesfeld in Münsterland and died in 1824 in the monastery Agnetenberg in Dülmen. The nun, who came from a peasant family, is revered by the universal Church as a mystic and stigmatized seer. Thanks to her visions, the House of Mary was discovered by a commission of experts in 1891 at Ephesus, where, according to the archaeologists, Mary and the Evangelist and Apostle John lived after the execution and ascension of Jesus. Pope Benedict XVI. visited the house on November 29, 2006.
The bitter suffering of our Lord Jesus Christ, the glimpses of the blessed recorded by Clement Brentano, contain some unknown details about the death of Jesus. This prompted the Catholic actor, director and producer Mel Gibson to follow the visions of the German mystic in his film The Passion of Christ (2004).
The Catechism of the Catholic Church has a clear message:

"Over the centuries, there have been so-called 'private revelations', some of which have been recognized by ecclesiastical authority. However, they are not part of the Faith. They are not meant to 'perfect' or 'complete' the final revelation of Christ, but to help one live more deeply in a particular age. [...] The Christian faith can not accept "revelations" that pretend to surpass or correct the revelation completed in Christ. " (KKK 67)

Enthusiasm and a certain revelry for revelation have always flourished. The faithful people of God are well advised to examine it carefully, because ultimately, faith only has to give it to the divine revelation preserved by the church.
Two popes and "another dark church in Rome"
The Augustinian visions also include some apocalyptic prophecies about the future of the Church. What she predicted sounds in many ways like an anticipation of the post-conciliar liturgical reform: "The Mass was short" and in the end the Final Gospel was no longer read.
On May 13, 1820, she saw in a vision two popes and two churches: "I have had this night" the image of "two churches and two popes". She saw the Pope "and saw how under him another dark church was built in Rome.” She saw a building without an altar and without the Blessed Sacrament: "I saw only benches and in the middle like a lectern. There was preaching and singing; there was nothing else. “About the people who gather in this “false" church without sacrament of the altar, Emmerick often speaks of “after church,” she saw:

"Each one pulled another idol from his chest and put it in front of him and worshiped it. It was as if everyone was expressing his opinion, his suffering like a black cloud, and how it came out, it immediately took on a certain shape, and they were all figures, as I saw them hang at the neck of the fake bride in the wedding house, while there were all sorts of human and animal shapes. The God of the one was very frizzy and broad, spread out many arms and wanted to embrace and devour everything; the other's god made himself very small and cringed; another had only a wooden stick, which he looked at with a twist, the third had a hideous animal, the fourth a pole.”

The special thing is that:

"These idols filled the whole room [...] and when they were finished, the God of each crawled back into him. But the whole house was dark and black, and all that happened was darkness and abyss. Now I was shown the comparison between that Pope and this and between that temple and this.”

The lukewarmness of the clergy and the great growth of the false church
Emmerick looked at how weak the pope was in numbers, and how numerically strong the false pope was. The right Pope was "strong but willful" and determined to overthrow the great number of idols. The other pope, on the other hand, was "weak in will, in which he had the only true God and the only true devotion dissolved by allowing the false temple into so many gods and false devotions." Under the false Pope, "a thousand idols" were worshiped, but left no room for the Lord. Emmerick saw the true Church scattered and the wrong one assembled and greater in numbers.
"I also saw how bad the consequences of this after-church would be. I saw them grow, I saw many heretics of all classes go to the city [Rome]. I saw the lukewarmness of the local clergy grow, I saw a lot of darkness spread there more and more. [...] In all places I saw the Catholic communities pressed, harassed, pushed together and trapped. I saw many churches everywhere. [...] I had the picture again of how the Church of Saint Peter was attacked according to a plan by the secret sect and also broken off by storms.”
Certainty of divine assistance to the true church
But Emmerick also saw the divine assistance for the true Church:

"But I saw in the highest misery again the closeness of deliverance. I saw the Blessed Virgin rise again to the Church and spread out her mantle. I saw everything being new and a church being built into heaven. [...] I can not state the time when all this should happen. "1)

The false church seen by Emmerick had betrayed Church   doctrine and its clergy were "lukewarm". The stigmatized mystic would even speak of a "Protestant" church elsewhere. But all this did not prevent this false church from experiencing great growth. "There arose a body, a community outside of the body of Jesus, the Church, an after church without salvation whose secret is to have no secret".
On August 10, 1820, she saw the vision:

"I see the Holy Father in great distress. He lives in another palace and leaves only a few confidants before him. If the bad party knew its great strength, it would have broken loose. I fear that the Holy Father will have to suffer great tribulations before his end. I see the black afterglow as it grows and it has a bad influence on the mind. The plight of the Holy Father and the Church is really so great that one must pray to God day and night. I have a lot to pray for the Church and the Pope ... "

All would be admitted in the "new church:" Protestants, Catholics and sects of all denominations
Anna Katharina Emmerick 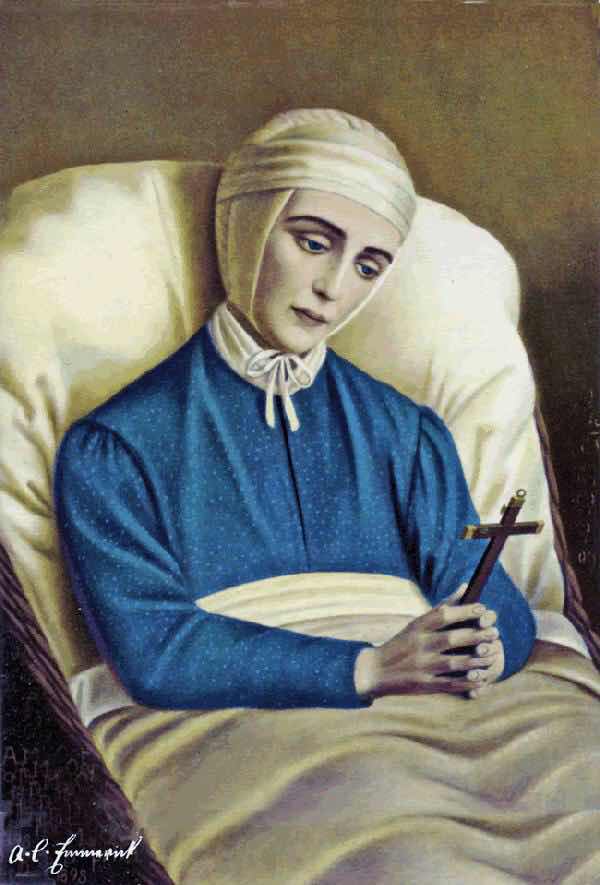 On April 22, 1823, Emmerick saw a protestantization of the Catholic Church. Everything that was Protestant gradually gained the upper hand in the Catholic Church, triggering a complete process of decadence. The majority of the priests were attracted by the seductive but false teachings and contributed to the work of destruction. In the days that will happen, Emmerick says, the faith will fall profoundly and be preserved only in a few places, in a few houses and few families that God will save from devastation.
Emmerick saw many priests being enveloped in ideas that are dangerous to the Church and the construction of a new large, strange and extravagant church. Emmerick seems to have looked at some ideas and practices that began to spread in the post-counciliar period and continue to this day. All would be allowed in the new church so that all are united and all should have the same rights: Protestants, Catholics and sects of all denominations. That is to be the "new church.” God's plans were not that.
"But God had other plans," Mattia Rossi wrote in the daily Il Foglio citing the blessed Anna Katharina Emmerick: "Plans, of course, we all do not know: no one is able to say whether, how and when the prophecies of Blessed Emmerick are current or even true. Certainly it is surprising to be in harmony with many, more or less obscure aspects of today's Church.”
Text: Giuseppe Nardi
Image: Wikicommons
Trans: Tancred vekron99@hotmail.com
AMDG
Posted by Tancred at 12:48 PM

Wow. Her comments on the idols everyone took out sound like smartphones. Amazing and frightening.

Her description is hard to visualize. However, it appears that she saw then what is happening now. Visions are usually symbolic.

Archbishop Lefebvre, well anyone with eyes and ears, can see that the Conciliar Church is the New Religion, that it is not clearly Catholic.

What are the “Augustinian visions”, referenced in paragraph 5? Are they the visions of Emmerick, or are you jumping to something else?

This could all be cleared up if God didn't keep leading people into temptations...