Magdeburg Hasselbachplatz is the frequent sight of disturbances aand brawls.
Image rights: MDR / TNN
In Magdeburg on Monday night in a dispute on Hasselbachplatz left a man critically injured. Police reported that around 9 pm, up to 30 foreigners had entered into quarrels.
According to previous findings, two perpetrators had arranged to meet Hasselbachplatz. They were each accompanied by several other people. At the meeting, it came first to a verbal confrontation. Thereafter, hammers, chains and batons were used. The seriously injured is reportedly a 44-year-old Turk. He suffered knife wounds. Eyewitnesses report that it was a conflict between Kurds and Arabs.
Five suspects arrested
The participants fled after the attack in different directions. Five suspects could still be arrested. According to the police, they are Syrians aged 17 to 24 years. The police are investigating because of a breach of the peace, dangerous bodily injury and on suspicion of attempted manslaughter. Why the men attacked is currently unclear. The investigators searched the area for murder weapons and secured traces.
According to research by MDR SACHSEN-ANHALT, the 44-year-old victim was spotted at a slot machine in a bar on Hasselbachplatz before the altercation. On the way to the ATM then the man  had fallen into the dispute. 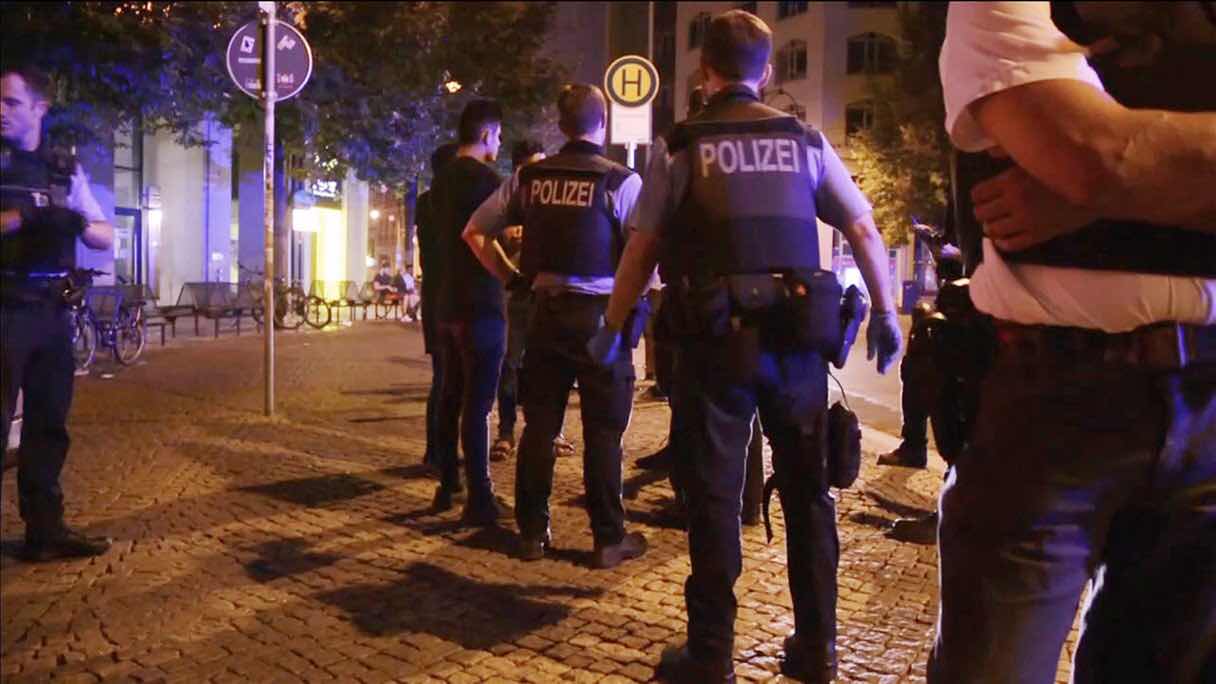 Hasselbachplatz is the scene of brawl
First references to backgrounds
Regarding the possible motive, the police told MDR SACHSEN-ANHALT that there were indications that the two groups had planned to meet. Possibly, there are references to an incident on Old Market last Thursday. On that day, a group of Syrians had passed a booth of Kurds on the Old Market. Both groups got together.
Police: "Hassel not a focal point"
The police currently do not see Hasselbachplatz as a focal point for violence. Accordingly, it has been very quiet there lately. The police and public order would take action after the previous riots.
Police are checking around Hasselbachplatz 24 hours a day, according to police spokesman of North Precinct, Marco Kopitz. The officers patrol at least once an hour. But there is no fixed location. Also the public order office is regularly involved. Whether the presence of the police is further strengthened, according to information from Kopitz, is currently not known. However, a joint city guard of public order and police will continue to be examined.
According to the police, it can be assumed that the renewed conflict has nothing to do with Hassel's previous problem. The officers announced that they were now evaluating video footage and hearing witnesses for more information about the background.
* Editor's note: In an earlier version it was said: On Tuesday afternoon, the five suspects were released. The police corrected this information on Wednesday morning. Only two men were released. Three are now in custody.
https://www.mdr.de/sachsen-anhalt/magdeburg/auseinandersetzung-am-hasselbachplatz-100.html
Trans: Tancred vekron99@hotmail.com
AMDG
Posted by Tancred at 7:33 AM

Tribal warfare has always been part of the culture of barbarians.
Europe has welcomed it into their homeland, and the people who have been brainwashed will defend it.
People would rather see their culture smashed, their people suffer, their life ruined, than admit multiculturalism and "diversity" have been used as tools to destroy their nations, or risk (God forbid) their being called a "racist".

I don't support this "multiculturalism" and diversity thing either, but to be fair, the Europeans are not much different. Different germanic and huns and celts warred with the Romans. The Romans themselves were part of several latin tribes.The Slavs are different tribes too: Lech, czech and Rus, among others.And the Slavs always squabble. What gave these Europeans unity was Catholicism. And what you should say if are accused of "racism" you should point out that the middle east was byzantine, and religion was Catholic. Its not racism to return to their roots

It’s easy to rationalize this from afar. If you want historical analogies, the depredations of the Barbary Corsairs, Battle of Tours, the Reconquista and such are much more comparable.