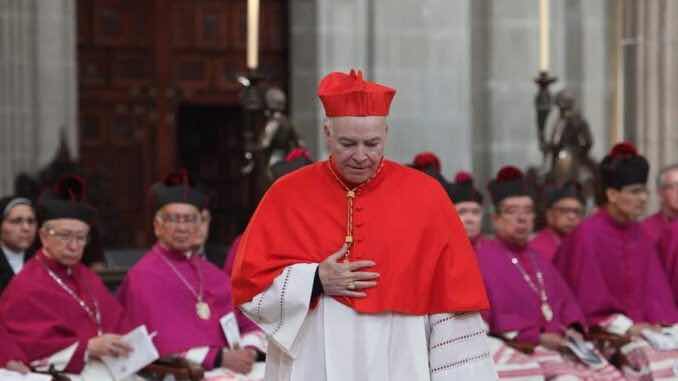 Cardinal Aguiar Retes
(Mexico City) Pope Francis made Carlos Aguiar Retes first cardinal, then archbishop of Mexico City and at the same time the primate of the largest Central American country. Half a year after his inauguration, the clergy of his archdiocese are already rehearsing the uprising.
When Pope Francis was elected, Norberto Cardinal Rivera Carrera was still Primate of Mexico. It soon became clear that the cardinal did not want to follow the new course in Rome with enthusiasm or follow certain points of conscience. Cardinal Rivera was among the 13 Cardinals who wrote a letter to the Pope at the beginning of the second Synod of the Family in October 2015. In it they complained of "ready-made results". In other words, they charged that the Synod of Bishops was programmed. The criticism affected not only the form, but also the emerging result. 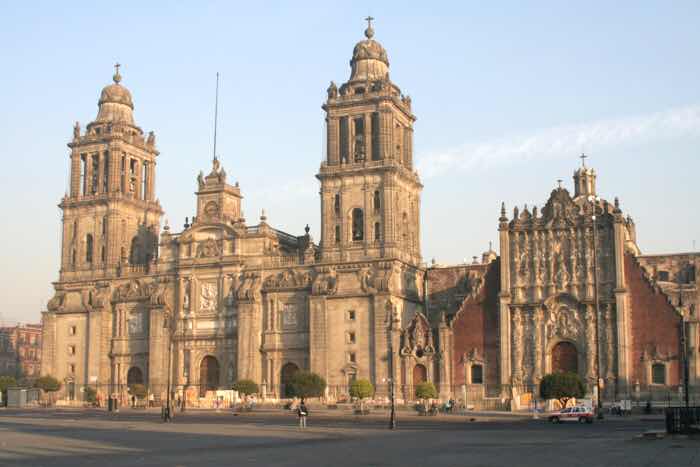 Cathedral of Mexico City
In February 2016, Francis undertook a pastoral trip to Mexico. Cardinal Rivera then made clear his criticism of the tone of the Pope's dealings with the bishops of the country. Again, it was not just about the form, but about differences in content. Although the criticism was not signed by name, neither in Mexico nor in Rome was the authorship of the primate doubted.
Mexico's church had experienced a severe and bloody persecution in the 20th century. Anti-Catholic laws restricted their room for maneuver for decades. As a consequence, the Catholic community brought much greater inner cohesion into the 21st century than the Church in many other Latin American countries. The Mexican local church is less offended by Marxist liberation theology and more conservative, which is why it could successfully withstand the evangelical competition.
This explains some differences in the understanding of the Church by Cardinal Rivera and Pope Francis.
Pope Francis gave Mexico's church a new head
The papal response to this opposition to his course was not long in coming. A few months after the family synod and the visit to Mexico, Francis began to look for a successor.
In November 2016, he created Archbishop Carlos Aguiar Retes of Tlalnepantla, a Cardinal. He set a different purple bearer aside for Primas Rivera. Francis had already implemented this strategy in other countries, including Venezuela. A direction or personality not desired by him is neutralized and a pleasant one strengthened.
Aguiar Retes and Jorge Mario Bergoglio know each other from the Latin American Bishop Council CELAM, whose Secretary General and Chairman of the Mexicans, he was between 1999 and 2015. During this time in 2007, the V. CELAM General Assembly of Aparecida took place, which is of particular importance for Francis, since he was responsible for the editing of the final document.
Priestly rebellion against Cardinal Aguiar Retes
On August 4, Mexican weekly Proceso reported a "priestly rebellion against Cardinal Aguiar Retes."
Priests were increasingly distancing themselves from the archbishop-primate. The main reason, according to the news magazine, are massive "structural reforms" in the country's most important diocese.
According to Guillermo Gazanini Espinoza, spokesman for the Centro Catolico Multimedia (CCM), the cardinal attempts to impose "drastic" interference on the archdiocese "without involving the priests and taking into account the work done over the past decades". Among other things, Cardinal Aguiar wanted to enforce a centralization of finances.
"Half a year after being installed as Archbishop Primate of Mexico, Cardinal Carlos Aguiar Retes has already provoked an escalation of protests emanating from his own priests and the Mexican Episcopate," says Proceso. 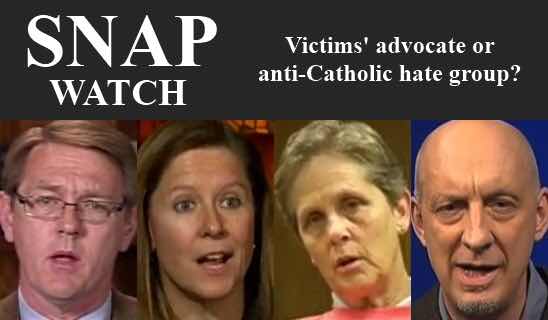 SNAP-Watch
Many of his priests, as well as other bishops, consider the primate, placed by Pope Francis at the head of the Mexican Church, "authoritarian".
Among other things, there is outrage because of his cooperation with the controversial US victim organization SNAP. SNAP is accused of enriching the abuse scandal, leading a fight not against abuse but against the Church. At the time, SNAP even wanted Pope Benedict XVI. in front of an international criminal tribunal. An unresolved matter to date, in which some saw the fingers of the Obama administration in play. SNAP constitutes an “abuse of justice" and wants a "staged justice" for their financial benefit, it says in the US, but also in Mexico City.
Cardinal Aguiar Retes "puts the devil in the house"
Priests and laity were more astonished when last June 4th, SNAP and Cardinal Aguiar issued a joint statement announcing "Collaboration to Combat Sexual Abuse".
At a press conference on June 10, the Primate even went so far as to say that SNAP was the only organization that "follows Pope Francis's example". "They are best organized," said the Cardinal, who asked his Archdiocese to "open the gates" for SNAP.
Gazanini from Centro Catolico Multimedia sees it differently:

"SNAP has systematically fought the Church so far".

"SNAP has always maintained that popes, in cooperation with the governments of some countries, form a kind of international mafia to cover a network of pederastic priests. In the US, they made a lot of money by accusing all sorts of people of pederasty, and dioceses were willing to pay big sums of money rather than letting matters go, hoping to avert a public scandal from the church. It is really not known if they really care about the victims or more about the money."

Cardinal Aguiar Retes, therefore, not only engages with the enemy, but "puts the devil himself into the house, and this without any necessity. The Church today has precise protocols to follow. SNAP does not need it for that." 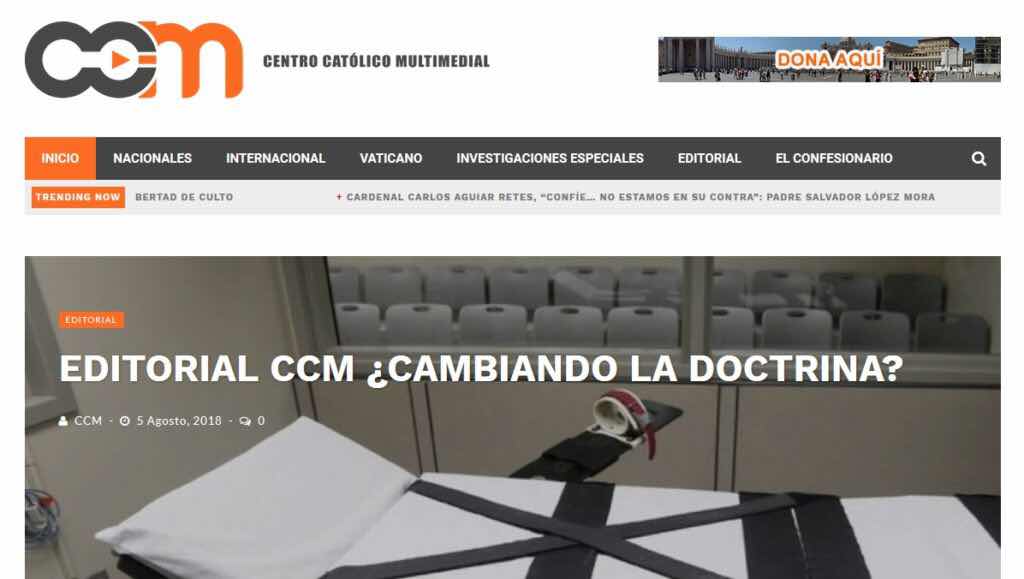 CCM, mouthpiece of the Aguiar critics
In addition, the Cardinal’s plans to divide the archdiocese into several diocese and  “radically” to change the formation of priests is criticized. There are currently eight suffragan bishops in the archdiocese of Mexico City. Each manages a vicariate. Cardinal Aguiar wants to make every vicariate an independent diocese, which would then be part of his ecclesiastical province.
There is no recognizable, objective reason for that, Gazanini said. Behind the plans of the primate is therefore the intention of a substantial suspected conversion of personnel. In this way, Cardinal Aguiar Retes wants to get rid of a part of the auxiliary bishops inherited from the predecessor. Whoever faces him will be promoted to diocesan bishop and others will be replaced. This has significant implications not only for the Archdiocese and the ecclesiastical province, but also for the Mexican Bishops' Conference. There is considerable concern not only because Primate Aguiar’s courser, but also against the course of Pope Francis.
The Centro Catolico Multimedia is run by the Congregation of the Society of St. Apostle Paul, who plays a not insignificant role among Mexico's Catholic media. The CCM is currently the main speech tube of the Cardinal's critics.
As Guillermo Gazanini Espinoza points out, "we do not want a conflict with the primate, but we want a dialogue that is denied to this day." Above all, Gazanini contradicts the claim that the action was preceded by the former Primate, Cardinal Rivera. "That's completely wrong. It is not about Norberto, but about the authoritarian attitude of Aguiar. "
Text: Giuseppe Nardi
Image: MiL / Wikicommons / Media Report / CCM (Screenshots)
Trans: Tancred vekron99@hotmail.com
AMDG
Posted by Tancred at 11:06 PM

The destruction of the old Church and the creation of a Marxist one is finding "bumps in the road".

"Pope Francis made Carlos Aguiar Retes first cardinal, then archbishop of Mexico City and at the same time the primate of the largest Central American country. "

Mexico is in North America. Is the Archbishop primate of another country?

We kicked Mexico out of North America.

Francis and his worthless devotees (these bishops and cardinals), will soon go to far. Francis will overstep his bounds soon and it will backfire on his badly. He will be reviled for the small part left of his pontificate, and his associates and collaborators who will survive him will be branded in an extremely negative light by the new Pope, and by the faithful.
In Italy Francis is now down to almost below 70% popularity according to a poll. Benedict XVI was never as high as 70% because the radicals hounded and persecuted him from day 1....just like the same bunch does to Trump every night on CNN and MSNBC. For the first time I listened to the really fake, false and slanderous comments these reported gave out about Trump last night. I'm surprised anyone watches them.
But Francis has gone to far , and now the backlash is coming. He and his associates will be blown away. That goes for Farrell,Cupich, Tucho Fernandez in La Plata, and all the rest. I will enjoy seeing it.
Damian Malliapalli