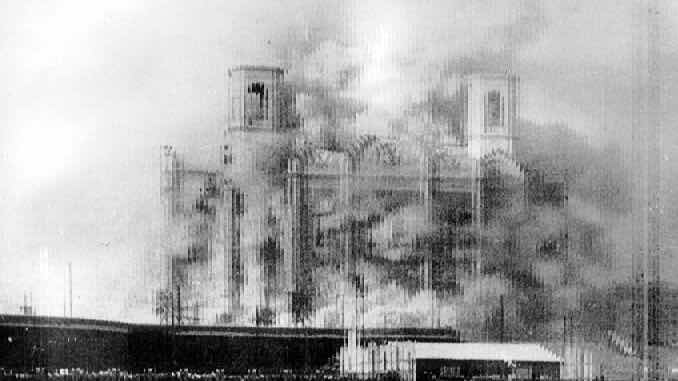 Destruction of Christ the Savior Cathedral in Moscow under Stalin 1931
"The massacres of Stalin's 'Great Terror' in 1937/1938 may not have constituted a genocide in the technical sense, at least according to the restrictive definition given to it by the UN under pressure from the Soviet Union. But one can probably say that there was a genocidal action, at least against the clergy. "This statement is made by Nicolas Werth in his 2009 book L'Ivrogne et la Marchande de Fleurs: Autopsie d'un Meutre de Masse, 2011 in Italian, but has not yet appeared in a German edition.
The French historian Nicolas Werth is internationally regarded as one of the best explicators of the history of the Soviet Union and the political violence practiced there. Werth, whose German-born grandparents fled to England before the October Revolution, used a large amount of previously unpublished documents from Soviet archives for his book.. 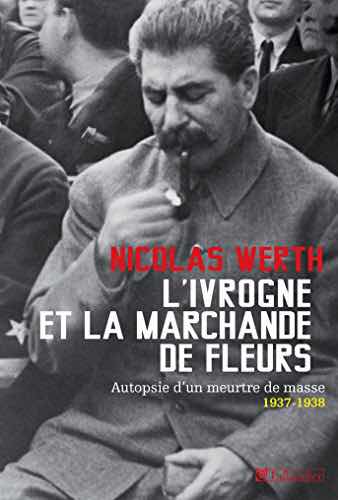 Nicolas Werth: Stalin arrested and executed 90 percent of the priests
"In less than 16 months, one and a half million people were arrested and around 800,000 executions were carried out. It was a true process of 'prophylactic cleansing' of society as a whole, not just certain elites. This was the radical climax of a whole series of measures that had been taken since the time of Lenin. The Soviet world should be purged of any real or potential opponent of the only accepted opinion and the new integrated society.”
Werth shows that Stalin is directly responsible for this genocide, and who was above all in the crosshairs of the communist dictator. "First, the clergy. 90 percent of the priests were arrested and executed. Then the former members of the revolutionary socialists, the Trotskyists, were to be named as the main competitors of the Bolsheviks. "Systematically, victims also became common criminals, homeless and socially excluded, the elites of the Tsarist empire, the free peasants and the Poles. "Stalin managed to portray all these groups as potential members of a 'fifth column' of enemies, spies and rebellious."
In an interview with the Catholic daily Avvenire, Werth stated: "Various documents prove the determined will to put an end to the clergy once and for all. For this reason, too, it is almost paradoxical that in the immediately following years of World War II, the 'patriotic war' of propaganda, Stalin will try to exploit the remaining 10 percent of the clergy and bring them into his sphere of influence. The dictator was greatly impressed by the results of the 1937 census, in which 57 percent of the population still believed. It is unlikely that the Church was a direct threat to the regime. But Stalin, more than ever, perceived them as the last organized, non-regime-controlled institution.”
Text: Giuseppe Nardi
Image: Wikicommons
Trans: Tancred vekron99@hotmail.com
AMDG
Posted by Tancred at 8:47 PM

"It all depends on what the meaning of 'is' is". William Ayers who was close to Barry Obama wrote of a purge once socialism in America was completed. There would be arrests and executions.---There appears little doubt of a small number of Catholic clergy similar to those around Stalin who are complicit in the creation of world Marxism.

The Rhine, as a point of fact, does not flow into the Tiber. :)

"Then the former members of the revolutionary socialists, the Trotskyists, were to be named as the main competitors of the Bolsheviks." This is somewhat erroneous. The SR, or Socialist Revolutionary Party, were a non-Marxist organization of Socialists. Leon Trotsky, and his followers (both real and numerous falsely accused), were a faction within the Marxist Bolshevik party and, in fact, more radical Bolsheviks than Stalin himself.

I seriously doubt the number of 90% ROC clergy having been arrested and/or executed (btw, not all who were arrested were executed: numerous people died in prison camps, and many survived as well). The Russian Church, like all religions to a greater or lesser degree, has suffered horribly under the Communists, but 50% (approximately) executed + died in camps seems to be more likely.

As if being sent to the Gulag wasn’t a death sentence.

Morevover, of more than 40,000 Orthodox churches in 1917, only 400 were still open (in a state of grave fear and complete submission to the State) in 1941. In 1937-1940, the only Catholic church in the whole USSR was St. Louis in Moscow, tied to the French embassy.
The overwhelming majority of Protestant, Muslim and Buddhist temples were also closed.
Who was the less targeted group? Well, it ain't difficult to guess.