Argentine National Football Team Has No Time for Pope 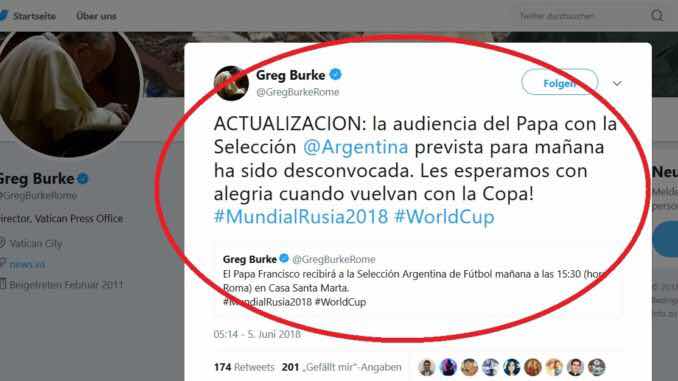 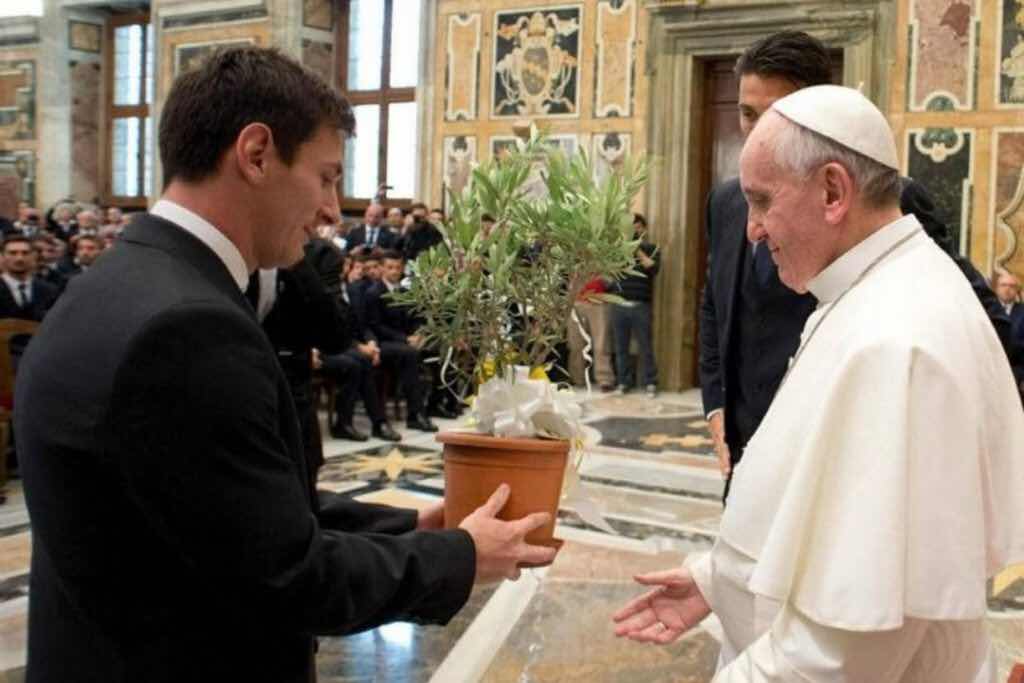 An earlier visit by the Argentine national team to Pope Francis.
In fact, the Argentine national team, according to the Argentine sports side Olé, had already canceled a visit to Rome at the end of May. The message seems to have been passed in the Sacri Palazzi but not to the Vatican spokesman.
In May, there were concrete negotiations between the Vatican and the football team about a visit to the Pope. The coaches moved away from the idea at the end of the month. A whole training-free day was "too much" for the team. On May 29, Jorge Miadosqui confirmed the cancellation: "We have no time for an audience with the Pope."
The Argentine football team is currently training in Barcelona. Tomorrow it will fly to Israel for a friendly match and finally to Russia for the World Cup on Sunday.
Text: Giuseppe Nardi
Bild: Twitter/Vatican.va (Screenshots)
Trans: Tancred vekron99@hotmail.com
AMDG
Posted by Tancred at 6:53 PM

translation of previous: from Indonesian to English: Visit on the web Kani many offers and tips about Keshutan. There is an interesting article about traditional medicine that Manpu cures severe illness. Check Yuk

If you call it "soccer", then you are American.The rest of the world calls it "football".

How dare the Argentina team cancel the match!

No sitting in the Pope´s chair this time comrades!

Ha Poetic Justice since they insolently sat in the Chair of the Pontiff as if he cared then or now!