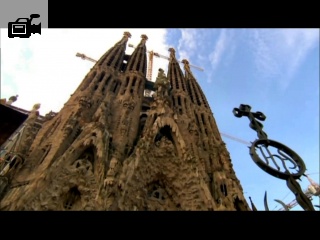 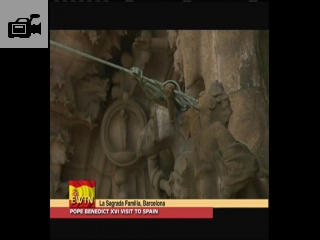 Trans: Tancred vekron99@hotmail.com AMDG
Posted by Tancred at 5:08 AM

From analyzing the explosion debris at Alcanar, investigators found 100 gas canisters. They had a major target planned. Now with images found of the cathedral, it would appear that this was indeed the target. You can bet that it would have been during a service with hundreds in attendance. -----This posting sadly makes a lot of sense. You can bet that this is not the only cell and that this is not the only cathedral. Spain is filled with cathedrals of monstrous size which I saw with the U.S. Navy. They are all targets and this hearkens back to the Reconquista and events which set in motion the explorations of Christopher Columbus.

That'd be Pope Benedict xvi who consecrated the Sagrada Familia.

The terrorists of Barcelona were Muslims. Is anyone surprised? Duh. Another body blow to Pope Francis thesis that the Muslims/immigrants/refugees are wonderful people, our brothers and sisters whom we must welcome with open arms. We must throw our money, our love, and our support to these people, and encourage them to immigrate to Spain,Francie,Germany,Italy,Poland and the USA where in thanksgiving for the kindness done them by us, they may kill, bomb, run over with cars, shoot and stab to death all of who have shown them kindness, all in the name of Allah the merciful, the benevolent, and his prophet Mohammed...peace be upon him. LOL. Wrong again Francis!
Damian Malliapalli

The world will never bow to terrorism. I wish the Harry Potter's magic wand was real so that I can wipe them all out!

"all in the name of Allah the merciful, the benevolent, and his prophet Mohammed...peace be upon him."

In reading over this last line of my post, I wanted to explain that I wasn't being respectful and solicitous to Islam....I was just being sarcastic :)
Damian Malliapalli