Cardinal Meisner is Dead  -- Pope Failed to Answer His Dubia 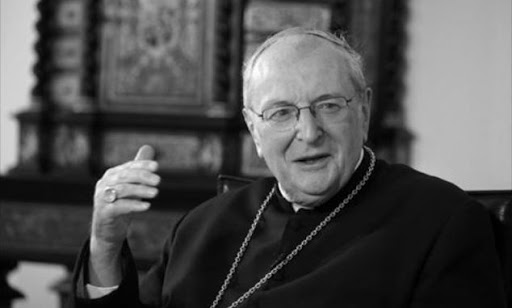 (Cologne) As the Archdiocese of Cologne reported, Joachim Cardinal Meisner, peacefully passed away in the early morning hours.

We pray for the deceased and always remember him well.

Let him rest in peace. "

This news was published by the Archdiocese of Cologne on his Facebook page.

Cardinal Meisner was born in the Silesian capital of Breslau on 25 December 1933, the Christmas Day, which he felt as a special grace. After the mass forced relocation of the German population to East Germany, he became a banker in Thuringia. In 1951 he entered Magdeburg in a late-semester seminary. In 1962, he was ordained in Erfurt for the Diocese of Fulda and promoted in 1969 to the Pontifical Gregorian University in Rome. 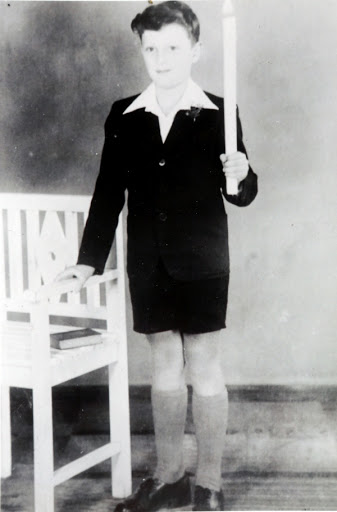 Cardinal Meisner at his First Communion

In 1975 he was appointed Pope Paul VI. to the auxiliary bishop of the Episcopal Office of Erfurt-Meiningen, by combining the diocesan parts of Fulda and Würzburg, which lay in the DDR, beyond the Iron Curtain. The life of the church in the Communist dictatorship shaped Meisner deeply. He developed a special relationship with Catholic Eichsfeld in Thuringia, in which he felt reminded of his Silesian homeland.

In 1980, Pope John Paul II appointed him bishop of Berlin, who was divided and divided by a wall, was altogether under Allied occupation, but was a united church unit. The Polish pope held the Silesian Meisner, whom he personally knew, as the most suitable man for one of the most difficult diocese, which was also part of a Catholic diaspora. In 1983, John Paul II raised him to the rank of Cardinal to give the Bishop of Berlin special weight. Until the fall of the Berlin Wall, he was also President of the Berlin Bishops' Conference, in which the DDR's ordinaries were gathered.

Shortly before the collapse of the Communist dictatorship and German reunification, the  Pope appointed Meisner to be Archbishop of Cologne, one of the most important and influential bishops' seats in the world, alongside Milan and Chicago. John Paul II thus honored the Cardinal and expressed his appreciation and confidence, and set a strong signal for the idea of ​​German unity, which was already very much in process at that time. Above all, he signaled that he wanted a faithfulness, like that exemplified in the Cardinal, in the internally disturbed German church. The appeal to the Archdiocese of Cologne had become possible because the cathedral chapter could not agree on any candidate, and the Pope considered the right of the proclamation to be dilatory. 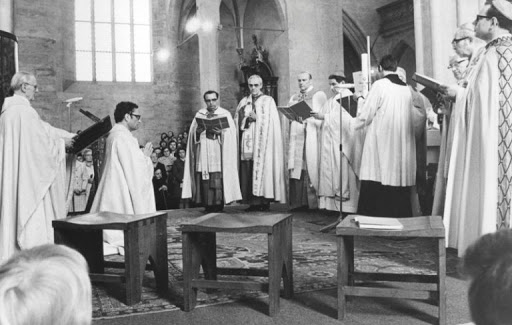 In the following years, the Cardinal became a fixed, "Roman" reference point in the German episcopate, which pushed most of the time ever more in a progressive direction. Many Catholics, and in the entire German-speaking world, saw in him a "rock in the surf". The cleavages and majority relations in the German episcopate were made clear by the fact that Cardinal Meisner was never elected president of the German Bishops' Conference. He remained the leader of a "Roman" minority who, in the post-conciliar period, would no longer succeed in becoming a majority. With the death of Bishop Dyba, the persecution of Bishop Mixa, the ouster of Bishop Tebartz van Elst and the retirement of Cardinal Meisner, who Pope Francis retired in 2014, after the Cardinal had finished his 80th year, the axis shifted even more clearly Left (not in the sense of parliamentary buttressing, but in the sense of right from legitimacy and justice). When the Cardinal resigned, not a few German Catholics complained that they felt "orphaned". A meaningful description of the situation of the church in Germany

The shadow of the "pill after" 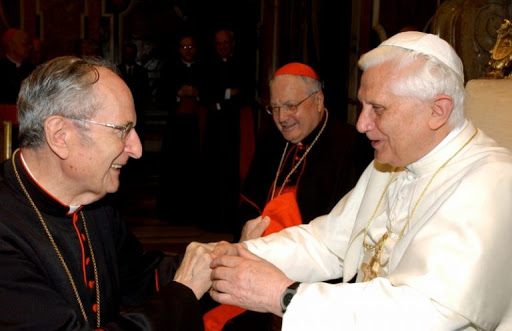 To this day, the rumor circulates that Cardinal Meisner had been misinformed by people he trusted who had misinformed him about the "morning after pill." On the basis of a study published by a leading abortionist, an abortion effect was denied and a decision was made instead of calling for further studies. Behind the scenes, the then Green Minister of Health had threatened to turn off the money tap for Catholic hospitals, if they did not administer the "morning after pill." A good third of the total health care in Cologne and surrounding area is operated by the Catholic Church.

Amoris laetitia, Dubia, and the eloquent silence of the pope

Recently, the Cardinal was internationally known in connection with criticism of the controversial document Amoris Laetitia of Pope Francis. As one of four cardinals, he had asked Pope Francis, in the Dubia (doubts), to clarify ambiguous passages of this document. More than nine months after the Cardinals presented their concerns to the Pope in the form of five questions, Cardinal Meiner has now died without receiving a reply.

Because the Pope refuses to speak, and does not react to Dubia at all, they asked him to receive them by the audience in April, in order to present their concerns. Even in this case they received no answer. Although Francis declared the "dialogue" to be the essential feature of his pontificate, his willingness to negotiate has boundaries, but "in the wrong direction," as is the case of the four cardinals.

Cardinal Meisner, as can be heard from Cologne, was very much concerned about this development in the Church and was personally disappointed.

In his last months of life, the former Archbishop of Cologne had to endure a flood of attacks by the "Chupamedias" of Pope Francis. The Chupamedias as it is called in Buenos Aires, as Francis explained in an interview, are Kriecher and Schleimer. Literally, the term means "spit lickers", as Pope Francis explained. Cardinal Meisner did not comment on the words of the  "Chupamedias". How much pain they have given him is not known.

Interesting timing for God to call him home at this point. Hmmm.

Will the pope be attending his funeral or does he have to return some library books on that date?

Francis will be following shortly...much to his own surprise and the shock of the world.
Meisner, apparently, was in good health and on vacation...according to what I read.
He was a great man of solid Catholic Faith. His successor is not.
Damian Malliapalli

He was found dead on the armchair with the Breviary on his knees. Navarro Valls died on the same day. RIP.

Rest in peace. May we all let God be God and trust His wisdom when He will call his beloved servants home, most particularly his servants Benedict and Francis.