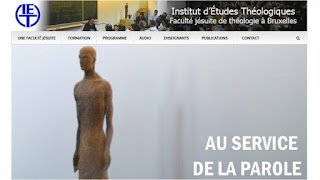 I said it last week on 1P5 and I'll say it again here, Vat2 is having a going out of business sale. I just hope the bankruptcy reorg doesn't try to go further (new liturgy talk).

Rome must be canonically asked to come back to the Faith : feast of St. Peter and St. Paul 2017
This Feast of St. Peter and St. Paul 2017 is another year gone by.It is time to canonically 'ask Rome to come back to the faith'.What is being taught at Catechism classes must be challenged and corrected.
Here are the basic errors with an irrational theology and new doctrine.
1.The theology is based on an irrational premise.
2.There are two interpretations of Vatican Council II. One is irrational and the other is rational.The irrational one is being taught to children at Catechism classes with the approval of the bishops and the two living popes.
Since an irrational theology has been approved by the Vatican there are new doctrines on salvation,ecumenism, inter-religious dialogue, non exclusivist ecclesiology,mission,interpretation of Scripture,separation of Church and state,non proclamation of the Social Reign of Christ the King over all political legislation etc.With an irrational premise which can be avoided in future, the Catholic faith has been changed.
Here is the practical application of the new theology and doctrines which needs to be checked.
1.Bishops must not be allowd to violate the Principle of Non Contradictioin and get away with it.
2.Before there is a Profession of Faith or a Renewal of Vows by a Catholic religious based on the Nicene Creed , their understanding of the Nicene Creed must be clarified.
3.The Vatican must correct the March 2016 statement by Pope Benedict XVI in which he said that with Vatican Council II (Note:Cushingite) there was a development of the dogma EENS( Cushingite).He was interpreting Vatican Council II with Cushingism instead of Feeneyism.
The Vatican and the bishops need to clarify that with Vatican Councl II (Feeneyite) there is no development of the dogma EENS (Feeneyite).
4.Pope Benedict XVI also needs to correct the error in two theological papers of the International Theological Commision which he approved.It violates the Principle of Non Contradiction.They wrongly assume invisible people saved with the baptism of desire, blood or in invincible ignorance, are visible, seen in the flesh exceptions to all needing to be members of the Church for salvation.So they are examples of known salvation outside the Church for Pope Benedict.
Canonically in individual dioceses the bishops must be confronted with the faith.They must be shown rational and traditional doctines which are different from their irrational and innovative new teachings based on being able to see invisible people on earth on 2017.
I am available to freely help any one prepare a brief.
For example they must be asked to interpret Lumen Gentium 16( invincible ignorance) as referring to a hypothetical case.It can be accepted in principle as being a theoretical case known only to God.
They must not be allowed to intepret Lumen Gentium 16 as referring to a known person in 2016 who has been saved outside the Church and so is an exception to the past ecclesiology.The bishop must be asked to affirm this simply truth in public.-Lionel Andrades
http://eucharistandmission.blogspot.it/2017/06/rome-must-be-canonically-asked-to-come.html

So the stragglers are going to spend their remaining two years concentrating on "service to the inhabitants of Brussels with their European dimension".

I don't suppose Molenbeek will be on their itinerary then...

There are 28 Jesuit colleges and universities in an association in the U.S. They are all moving toward lay control. The Jesuits like all religious orders are dying out.-----Francis is moving toward world socialism to counteract a world wide movement. The problem is "Amoris Laetitia". The Jesuits are famous for "the end justifies the means".----The throwing out of morality in order to form a one world religion is extremely troubling. Judas believed that the Christ was a revolutionary who would create a revolution to create a world paradise. Jesus responded with "My kingdom is not of this world". Judas felt betrayed and sold his believed betrayer for 30 pieces of silver.

No JBQ all religious orders are not dying out!The Vatican 11 types of Liberal-Heretical-ones are dying out because they gave up The Faith years ago.Traditional orders are growing-albeit slowly-but are growing and the SSPX ,and others,are experiencing growth thank God.In short progressive Liberals lack Foundation Traditional one have a solid Foundation.May the Jesuits convert to The One True Church or die!

Are you sure? I thought that was me.

You make a solid point.

Maybe the Jesuit head Fr. Sosa will explain this away by saying "we have formed symbolic stories about Jesuit institutions closing" in order to express our "disappointment with the present state of the Church."

"...focus on the "service to the inhabitants of Brussels with their European dimension"?

philipjohnson
Liberals lack Foundation Traditional one have a solid Foundation

Tridentine Rite Mass in Rome is a sacrilege : needs to be challenged canonically
https://gloria.tv/article/1V1tXzqiZ1AoBevaC3q81yvU4