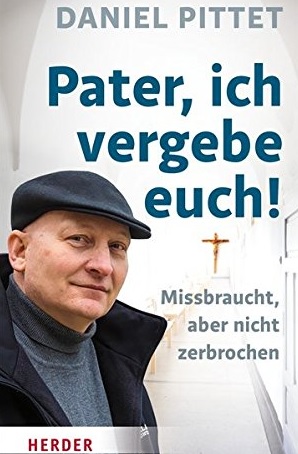 Sexual abuse is an addiction similar to drug addiction. You can forgive a drug abuser but you still treat him for the physical problem. One of the tenets of alcohol recovery is the acceptance of a higher power. It would appear that the sex abuse crisis has a core rejection of that higher power. Modern drug treatment takes a swipe at the AA mantra. Treatment of pedophiles would be the same. ---- The modern Church is gnostic. Man can do all things. "I can do all things through Christ who strengthens me". Man is not God and the fragile human state is showing the ravages of his rejection. Pedophilia and cocaine abuse are only two examples of this belief that man can cure himself. "He who takes his own advice has a fool for a guide".

Maybe the Capuchins are heaping to coals of compassion on this character's head with a view to his ultimate recognition of his crimes and reconciliation.
I wonder if ++Charles Chaput of Philadelphia would do the same for a former criminally and morally disgraced confrere?

Charles Chaput, AB of Phil, had a French Canadian father and an indigenous mother. He truly is "The Last of the Mohicans" as well as a Capuchin.

Forgiveness by the victim does not remove the requirement for justice. The Order sinned by moving him, rather than reporting him, and by ignoring reparation to his victims. The priest's fear and his refusal to apologize and his self-servingness show he is aware he has done wrong. The state and the Church should still enact justice and reparation. Public justice, otherwise all his other victims have not redress. The victim can only forgive for himself, not others, and the victims too often bypass their own anger and and the requirements of justice and preemptively forgive as a form of avoidance. Not saying this is that, but the Church and the state and the public should not take this victim's forgiveness as something that lets them off the hook for doing justice.