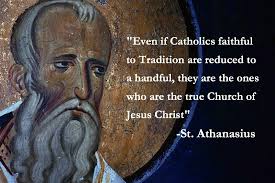 Edit: , while Gianfranco Cardinal Ravasi calls for dialog with Freemasonry, Pope Francis has recently insisted that there can be no dialog with the devil.  In a recent statement for Il Timone, reported by Rorate Caeli, Ravasi laments that there are "integralists" in the Church who lay the charge of Freemasonry against various churchmen. It's understandable that he'd say this, at least out of self-interest, for he himself is no stranger to endorsing masonic, occultic ideas in his own public practice, as he did in Argentina when he worshiped the goddess Pachama in November of 2014 under the auspices of his masonic, "Court of Gentiles" initiative, which he began under Pope Benedict, initially.  Is it really necessary to just ask?

As this prelate disparages faithful Catholics for being scandalized by his masonic postures, more importantly, he's insulted God by offering adulation for notorious and unrepentant sinners.  Surely, he has more love for masonic commandments than God's.

An interesting citation from the Credo Sanctum blog on the nature of Freemasonry, the current Pope and Vatican II:

This reputation will put access to our doctrines into the midst of the young clergy, as well as deeply into the monasteries. In a few years, by the force of things, this young clergy will have overrun all the functions; they will form the sovereign’s council, they will be called to choose a Pontiff who should reign. And this Pontiff, like most of his contemporaries, will be necessarily more or less imbued with the Italian and humanitarian principles that we are going to begin to put into circulation.

Until the Catholic hierarchy starts to sort prelates like this out in a very real and meaningful way, both apodictically and apophatically, the desolation of Catholic institutions and the great confusion of peoples will continue.  Father Ray Blake seems to have some ideas.  Now THIS is dialog:


To those who deny the existence of God, and assert that the world is self-existing, and that all things in it occur by chance, and not by the providence of God, Anathema!

Image: stolen  from Christopher Schaefer.
Posted by Tancred at 8:32 AM

Notice, Catholic friends, that the campaign to "baptize" Masonry (condemned 14 times by the solemn Magisterium of the Church) is speeding up: the rector of Vienna's St. Stephen's cathedral and his friendship with Masons (liberals always begin with a superficially benign moniker such as friendship and collaboration in charitable pursuits to later attack full force the Catholic Faith); the French bishops in their newspaper asking for the lifting of the excommunication of masons; now this oh-so-friendly (except towards the Catholic 'integralists" he maligns) Cardinal Ravasi towards the sworn and persistent enemies and haters of all things Catholic: the Masons. The mask is coming off from the devils who occupy our church---but the see-no-evil Modernists and quasi-Modernists will no doubt accuse us of lack of charity, of not being with the times, of being "integrists" (for these traitors something worse than matricide). What a blasphemous joke the institutional occupied church has become! Archimago

And they sneered at Malachi Martin (R.I.P.)!

The pitiful heretic "Ben" pronounces on the sanity of those who hold to the True Faith despite the perfidy of the likes of him, as the poor soul has no argument---the usual liberal escape route of ad hominem attacks to cloud issues they cannot address. How charming! I am reminded of an insightful public commentator who observed that liberalism is a form of mental illness; so it is not unusual for the mad to ascribe insanity to others. Erasmus

Ned, why didn't you use this time the little Latin you learned in Apostasy Seminary as you, so creatively, did before? After all, ageing hippies like you probably have quite a bit in common with mangy dogs---no offense to the dear canines, our friends, intended. RC

Whilst on the Continent Freemasonry has a very anti-clerical tradition it is sometimes regarded as fairly harmless in the UK so there are ambivalent attitudes to it. However it is a secret society whose membership in the UK has included many members of the judiciary and the police force and whether harmless or not it is obviously wrong in being secret and thereby giving rise to all sorts of concerns. One notable incident was the Chief Constable of Kent meeting a notorious criminal Noye, who had killed a policeman, and trying a masonic handshake on the Chief Constable presumably in the erroneous idea that he would be a fellow mason and thereby receive favourable treatment!

Exorcism 101: Do not speak to the demon.
One other point: How many times was the great Saint Athanasius excommunicated and/or exiled?